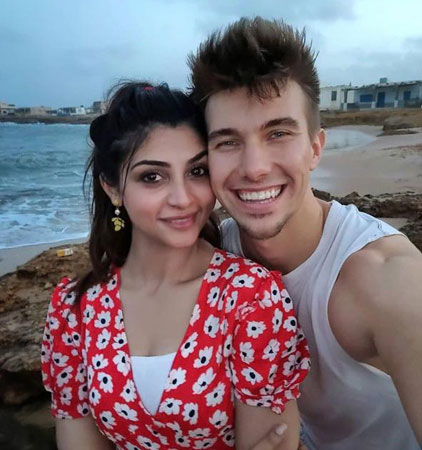 German vlogger Christian Betzmann, whose engagement with Pakistani actor Zoya Nasir was called off over the weekend after social media outrage owing to his comments about Pakistan and protests for Palestine, has shared his “first and last post” with her.

Betzmann took to Instagram on Tuesday to pen a lengthy note addressing his failed engagement, along with sharing a picture with Zoya at the beach. “This was our first and our last post together. I had such an amazing time with you and will never forget these past 1.5 years,” he said. Christian Betzmann reacts to outrage, calls his views ‘constructive criticism’

Explaining why the two couldn’t go forward with their scheduled wedding, Betzmann wrote, “Unfortunately we both have different views on life and want a different future.”

He also shared a few words on his Instagram story, saying, “You can only try your best, but when the future is not aligning, you can’t keep making compromises.”

In the end, he thanked their fans and followers for the “love and support” for them as a couple and as individuals moving forward.

Nasir had announced the couple’s separation in an Instagram post on Saturday. “His sudden change in stance towards my culture, my country, my people, and insensitivity towards my religion has led me to take this difficult and irrevocable decision,” she had said.