Kareena thought I was arrogant and I felt she was snooty: Tusshar

* Tusshar Kapoor, who won the Filmfare and Zee Best Actor Debut award for his performance in ‘Mujhe Kucch Kehna Hai,’ completed 20 years in Bollywood on Tuesday 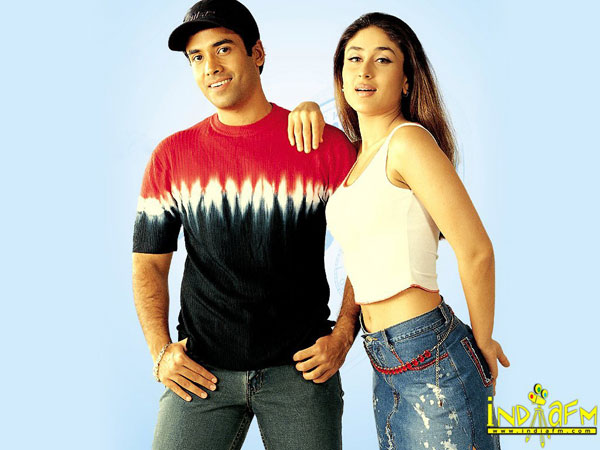 The Satish Kaushik directorial was an out and out Bollywood romantic drama with hardly anything remarkable or out of the box. The film, however, is still remembered and its music hummed to the day.

Tusshar Kapoor, who won the Filmfare and Zee best actor debut award for his performance in Mujhe Kucch Kehna Hai, completes 20 years in Bollywood today. In an interview to indianexpress.com, he revisits his debut film and working with Kareena Kapoor who was already a big star by then.

Tusshar shares how he never thought he would be an actor, and after finishing his education in the US, he returned to India to find his calling. He started as an assistant director to David Dhawan. “When I was offered Mujhe Kucch Kehna Hai, I didn’t know if I was cut out to be an actor. But I just jumped into it. This direction to my career was not planned at all. I never thought I would end up in the film industry, I wanted to do my own job and that’s why I went abroad to pursue my education too. I feel so grateful and thankful that I made the right career choice. Every thing just fell into the right place and the film was destined to do well. We were all a little unprepared, to be honest. Satish ji, of course, had a lot of experience, but I was very new and bit raw and it was Kareena’s first glamorous role.”

Tusshar shares how he never thought he would be an actor and after finishing his education in the US, he returned to India to find his calling. He started as an assistant director to David Dhawan

Mujhe Kucch Kehna Hai, might not be one of the breakthrough films for Kareena Kapoor, but every song that she danced on, and everything that she donned became iconic. While the film was Tusshar’s debut, Kareena was quite a star by then already. About working with the diva, Tusshar says, “Kareena and I are very good friends today. But initially we didn’t get along, she thought I am arrogant and I thought she was very snooty, so we kept away from each other. But when it came to work, we did it very well. We started really talking to each other when we started shooting the songs. She is damn good fun. In the beginning, one might think she is reserved, but once you get along, she is a riot. I still remember how as a co-actor she comforted me on my first day. After my parents came to drop me to the studio, I was all by myself and felt kind of felt lost, but Kareena told me not to worry, and if need be take 50 takes but get the shot right. When she said that my doubts just vanished.”

What he thinks worked for the film? He says, “We managed to capture the mood of north Indian youth. The film is a great blend of their deep rooted culture and the modern feel and time. While we were told that the script felt a little dated, and that a remake won’t work, it changed the trend. More and more remakes were made after this. So many films came and went, but Mujhe Kucch Kehna Hai was remembered.”

About how he thinks his journey in Bollywood has panned out in the last 20 years, Tusshar says, “While I have done good film, I have also done a few not so good films. That aside, I’ve had a very fruitful journey and I have grown as a person, I think the film industry teaches you to become very strong and resilient. You learn to understand what you are and what you want, so that you don’t get swayed. You accept the good, the bad the ugly.” Tusshar also spoke about the film’s music. While songs like ‘Dupatta tera’, ‘Maine koi jaadoo’ were hummable, its title track ‘Mujhe Kucch Kehna Hai’ became a hit. “I feels quite a grown up now, so while these songs were loved and were a rage back in the time, but today I’d pick ‘Jab Se Dekha Hai Tere Haath Ka Chand’. I remember how things were changing in the 2000’s, even the music was changing. Now Mujhe Kuch Kehna Hai songs are played on radio, and that’s what the movie is about – it is dated and yet timeless.”