The court also sought a report about the medical check-up of Gogi Buttt from a cardiac specialist.

Justice Muhammad Shan Gull passed the orders while hearing a petition filed by Gogi Butt challenging cases registered against him.

A counsel on behalf of Gogi Butt argued before the court that his client was a peaceful citizen and no case was pending against him for the last ten years. He submitted that the police recently registered eight baseless cases against his client with an aim to harass him.

The first case was registered on May 5, 2021 by Mustafa Town police on charges of attacking police, giving shelter to absconders and others whereas remaining seven cases were registered in various police stations after the accused was sent to jail, he added.

He submitted that the police made announcements on loudspeakers of various mosques in the city urging people to register cases against Butt.

The court, after hearing initial contention, sought a report from the CCPO Lahore about cases registered against Gogi Butt till June 2 and adjourned further hearing. 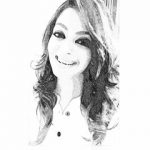