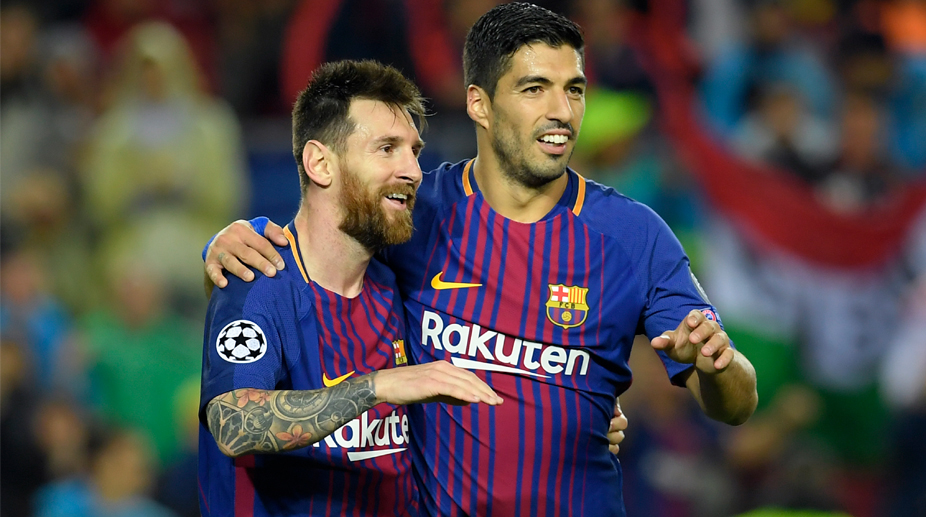 Lionel Messi’s friend and former Barcelona teammate Luis Suarez has urged the Argentinian not to leave the Catalan club, telling Cope radio on Tuesday he would be “delighted if Messi remains”.

Messi, 33, joined Barcelona as a 13-year-old but is out of contract at the end of June.

Negotiations are reported to be ongoing, but there has inevitably been a wealth of speculation about his future, including a possible move to Manchester City to link up with former boss Pep Guardiola.

Suarez, who just celebrated winning La Liga with Atletico Madrid after being axed by Barcelona coach Ronald Koeman last year, would prefer to see Messi stay with the club he has represented throughout his professional career. “As a friend and football fan, and as a loved one, I would be happy, I would be delighted, and that is what I would advise him,” the Uruguayan told Spanish radio station Cope.

“For what he brought to the club, for what the club gave him,” he added.

According to the local press, Messi is keen on a contract extension, but Suarez, who ate with Messi in Madrid last week, claimed ignorance of his decision.

The striker did confirm, however, that he will still be an Atletico player next season.