Rupee eases by 34 paisas against dollar 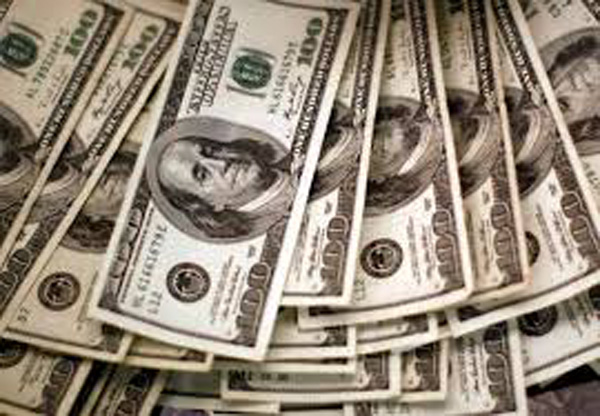 Pakistani rupee weakened by 34 paisas (-0.22 percent) against the US dollar in the interbank on Monday. According to the State Bank of Pakistan, the US dollar opened at Rs153.36 and closed at Rs153.70. Within the open market, rupee was traded at 153/153.80 per dollar. The local currency shed Rs1.08 against the greenback last week. However, the local unit has gained Rs14.36 against the greenback in the current fiscal year 2020-21 while appreciation has been Rs6.14 in 2021. Currency experts said that due to the first day of the week, the demand for import and corporate payments was high. They said that the improved GDP growth forecast would escalate the domestic demand for imported raw material and finished products. The rising demand for import payment would depress the local currency in the coming days. Meanwhile, the foreign exchange reserves held by the country stood at $22,910.3 million by the week ended May 07, 2021, State Bank of Pakistan (SBP) said on Monday. The reserves held by the central bank stand at $15,774.5 million while reserves held by commercial banks stand at $7,135.80 million.