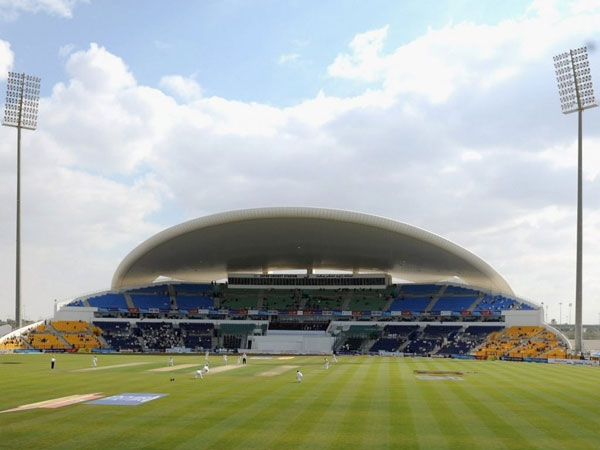 LAHORE: The Pakistan Super League (PSL) is set to return Abu Dhabi’s Sheikh Zayed Stadium next month. The picturesque stadium will host 20 matches of the sixth edition, which will mark the second instance of the venue staging PSL games. It was during the 2019 edition when the stadium hosted the PSL for the first time when four league matches of the fourth season were played here. Quetta Gladiators, the champions of the 2019 edition, consolidated their position for the PSL 2019 playoffs with two comprehensive wins against Peshawar Zalmi and Islamabad United by eight wickets and 43 runs, respectively. Karachi Kings downed Multan Sultans by five wickets and Zalmi thumped Lahore Qalandars by four wickets in the other two matches. Gladiators’ 180 for nine against United is the highest PSL team total at the venue and Sultans’ 118 for seven against Kings is the lowest.

Shane Watson’s electrifying 91 not out off 55 balls – studded with six sixes and as many fours – for the Gladiators against Zalmi is the highest PSL individual score at the venue. Kings’ pacer Usman Shinwari, who is representing the Gladiators this season, returned figures of four for 15 against Sultans while United’s Faheem Ashraf took four wickets for 18 runs against the Gladiators in his side’s 43-run loss.

In the Sheikh Zayed Stadium’s PSL debut, Gladiators took on Zalmi in the 23rd match of the season. Wicketkeeper-batsman Kamran Akmal’s 72 off 50 balls and Kieron Pollard’s whirlwind 44 off 21 balls (seven fours, one six) took Zalmi to 165 for four in their 20 overs. Player of the match Watson added 129 runs with Ahmed Shehzad (50) for the second-wicket to ensure his side’s comfortable eight-wicket win with 14 balls to share. Usman’s four-fer restricted Sultans to 118 for seven in next match. Liam Livingstone scored an unbeaten 53 to guide Kings to their five-wicket win the final over of the match.

Zalmi chased down the 125-run target on the penultimate ball against Qalandars. Player of the match Misbah-ul-Haq’s unbeaten 59 and captain Daren Sammy’s 46-run contribution rescued Zalmi from a precarious 20 for five to their hard fought victory. In the fourth and last match to be played at the venue in the 2019 season, Gladiators defeated United by 43 runs. Batting first, player of the match Ahmed Shehzad’s 73 guided Gladiators to 180 for seven. United were restricted to 137 for nine in reply with leg-spinner Fawad Ahmed taking three wickets.

There have been a total of eight instances of 200-plus totals at the venue with Ireland’s 225 for seven against Afghanistan in the 2013-14 season being the highest.

A total of six T20 centuries have been scored here. Qalandars captain Sohail Akhtar is one of the six centurions. The right-handed hard-hitting batsman scored 100 off 56 balls (11 fours, five sixes) in his side’s six-wicket win over Yorkshire in an Abu Dhabi T20 Trophy fixture in October 2018.

Ireland’s William Porterfield topping the list with his 127 not out against USA in the 2013-14 season.

Two five-wicket hauls have been registered here in T20 cricket.