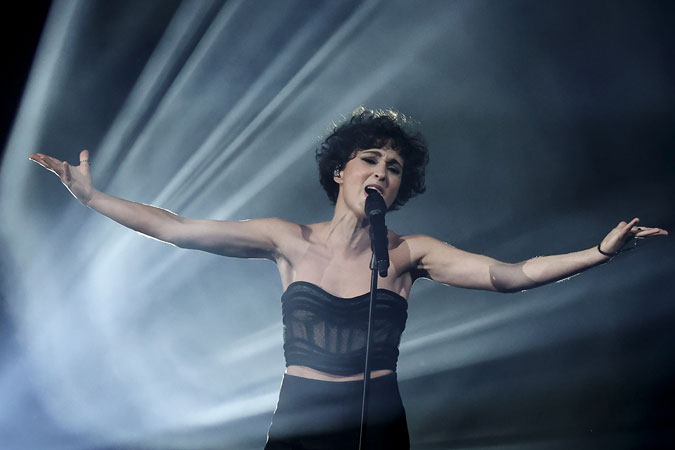 The UK’s crushing nul points at the Eurovision Song Contest last weekend was down to the poor selection process, not bad blood over Brexit, a senior minister insisted on Monday.

James Newman scored zero points from both the jury and public vote for his song “Embers” in only the second time the country has failed to win any points at all.

The last time it happened was in 2003 after an off-key performance by the group Jemini. But Saturday’s poor showing was the second year in a row that the UK came in last place. International trade minister Liz Truss slammed the way the UK selected its contestant in comments on a radio station phone-in.

“I think there is a fundamental problem with the way that we are c whoosing our performances and singers for the Eurovision Song Contest,” she told LBC radio.

But she dismissed a suggestion that voters passed over the UK song because of the country’s divisive and tortuous departure from the European Union.

“I don’t think it’s a post-Brexit snub. I think that we need to have more competition to get the right entrant, I think they need to be more tested with the public,” said Truss.

Newman was selected by the record label BMG as the UK’s entry for last year’s contest, which was postponed because of the coronavirus pandemic.

For this year’s contest, he had to drop the planned song due to its unfortunate title: “My Last Breath”.