No US military, air base inside Pakistan 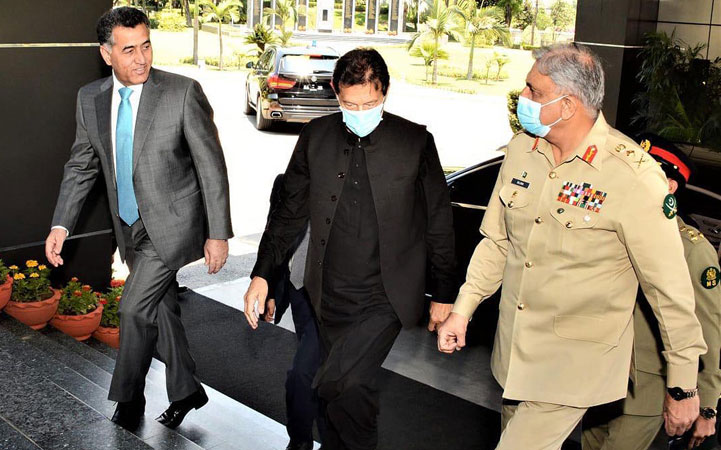 Pakistan on Monday outrightly rejected speculations about presence of US military or air base on its soil.

“There is no US military or air base in Pakistan, nor is any such proposal envisaged. Any speculation on this account is baseless and irresponsible and should be avoided,” Foreign Office spokesperson said in a press release said, while responding to media queries. He further said Pakistan and US have a framework of cooperation in terms of air lines of communication (ALOC) and ground lines of communication (GLOC) in place since 2001. “No new agreement has been made in this regard,” he maintained.

The speculation started after a Pentagon official reportedly claimed that Pakistan has allowed the US military to use its airspace and has also given it ground access so that it can support its presence in Afghanistan. David F Helvey, Assistant Secretary of Defence for Indo-Pacific Affairs, told the US Senate Armed Services Committee last week that the United States would continue its conversation with Pakistan because it had a critical role in restoring peace to Afghanistan. “Pakistan has played an important role in Afghanistan. They supported the Afghan peace process. Pakistan also has allowed us to have overflight and access to be able to support our military presence in Afghanistan,” Helvey had told the committee. “We will continue our conversations with Pakistan because their support and contribution to the future of Afghanistan, to future peace in Afghanistan, is going to be critical,” he had added.

In a related development, the National Security Advisers of Pakistan and the United States met in Geneva, a statement from the Prime Minister’s Office said Monday. The meeting between Pakistan NSA Dr Moeed Yusuf and his American counterpart Jake Sullivan is the first in-person high-level contact between the two countries since the Biden administration assumed office in January.

“Both sides had a positive conversation on a range of bilateral, regional, and global issues of mutual interest and agreed to advance practical cooperation on these issues,” the statement added.

In a tweet, NSA Yusuf said he was “pleased to meet US NSA @JakeSullivan46”, adding that the Pakistan and US delegations had held positive discussions on a range of issues.

The NSAs’ meeting comes days after Foreign Minister Shah Mahmood Qureshi told US lawmakers that Pakistan was seeking a broad-based, strategic partnership with America, which would also cover Afghanistan.

In virtual meetings with members of the House of Representatives and the Senate, the foreign minister invited a group of 15 US lawmakers to visit Pakistan in June for consultations with their Pakistani counterparts and officials on how to improve bilateral relations.

Last month, US President Joe Biden announced to withdraw all troops from Afghanistan by September 11 this year. The US and the Taliban signed a landmark deal in Doha on February 29, 2020, to bring lasting peace in war-torn Afghanistan and allow US troops to return home from America’s longest war. Under the US-Taliban pact signed in Doha, the US agreed to withdraw all its soldiers from Afghanistan in 14 months. There are currently 2,500 American troops left in Afghanistan, the lowest level of American forces in the war-torn country since 2001.

In Islamabad, Prime Minister Imran Khan and the country’s top military officials were briefed on the national and regional security situation on Monday, said the Prime Minister’s Office in a statement. The prime minister, who was accompanied by some cabinet members, was briefed during a visit they made to the Inter-Services Intelligence (ISI) Secretariat in Islamabad.

As per the PM Office, Prime Minister Imran Khan lauded the ISI for their ‘diligent efforts’ for national security and expressed his satisfaction over its professional preparedness.