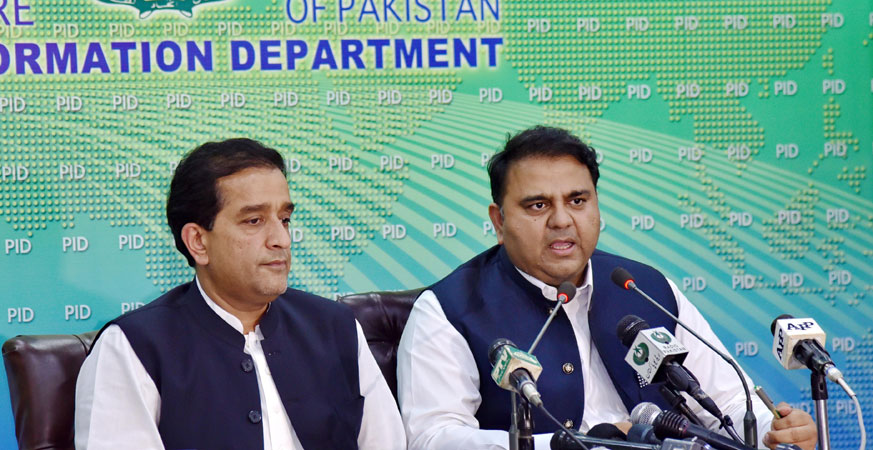 Minister for Information and Broadcasting Chaudhry Fawad Hussain Monday said the electoral reforms were imperative to ensure free, fair, and transparent elections in the country.

Fawad said his family was known in the area either for doing politics or for being in the legal profession.

He said the Pakistan Tehreek-e- Insaf (PTI) government was well aware of the lawyers’ problems and it was its top priority resolve them.

He said professional loans would be disbursed among the lawyer community. The lawyers the age of 45 years would be given easy loans of upto Rs 1 million under the Kamyab Jawan Programme for the construction of chambers.

Under the Prime Minister’s Naya Pakistan Housing Scheme, he said, a proposal was under also consideration to give loans of upto Rs 6 million to the lawyers and journalists for construction of 10 marla houses.

Fawad said talks had been held with Minister for Panning, Development and Special Initiatives Asad Umar for establishing vaccination centers at high courts and sessions courts and further progress in that regard was expected in next few days.

He said efforts would be made to provide health cards to the journalists and lawyers.

On the demand of a housing society for the lawyers of Rawalpindi Division, the minister assured that he would arrange their meeting with the Commissioner Rawalpindi in that regard. Fawad said the next era belonged to digitalization, modern technology and reforms, which were vital to strengthen the legal system. Workshops would be organized to acquaint the lawyers with modern technology.

The delegation members stressed for the use of technology to make the general election transparent and demanded the government to provide electronic voting machines for the upcoming bar association elections.