Governor Punjab calls on US member of Congress 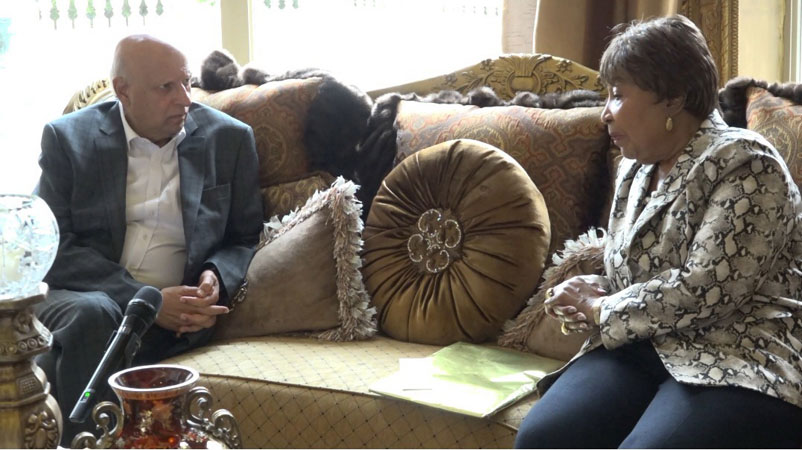 On Monday, Governor Punjab Chaudhry Mohammad Sarwar tweeted that during his visit to the United States, he had met Eddie Burnice Johnson, a female member of the Democratic Congress in the United States, in which the war on terror, the Afghan peace process and Palestine and Kashmir issues were discussed.

During the meeting, US Congresswoman Eddie Burnice Johnson appreciated Pakistan’s role in the war on terror and the Afghan peace process and said that the United States stands with Pakistan for the war on terror and will continue to support Pakistan in this regard. Governor Punjab Chaudhry Mohammad Sarwar said that most of the sacrifices in the world in the war against terrorism have been made by the Pakistani armed forces and the people of Pakistan. He urged that the USA should play a constructive role in resolving Kashmir and Palestine conflicts because unless these issues are resolved world peace will remain a dream.

Both Israel and India are committing massacres of human rights, they must be stopped at all costs. Chaudhry Mohammad Sarwar also apprised Eddie Burnice Johnson, a female member of the US Congress, on the atrocities committed by India in Kashmir and the lockdown imposed there even before the Coronavirus Pandemic. Governor Punjab Chaudhry Mohammad Sarwar said that Pakistan under the leadership of Prime Minister Imran Khan has smartly handled the Coronavirus and the government has been successful in curbing the spread of Coronavirus as compared to other countries through smart lockdown that has saved lives and livelihoods in the country, he added. Congresswoman Eddie Burnice said that safeguarding human rights is a top priority of the US government. US-Pakistan relations are strengthening with each passing day and the US will continue to cooperate with Pakistan on economic and other fronts, she added.