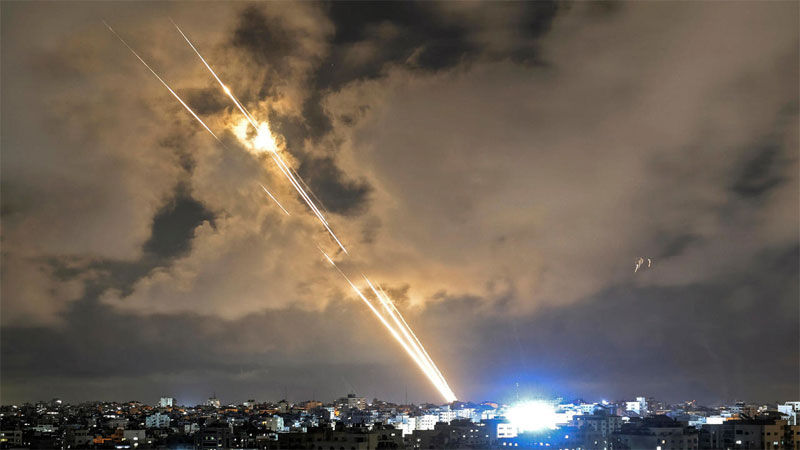 In a small Israeli village bordering the Gaza Strip, people have stopped rushing into air raid shelters and evacuees have returned, but they wonder how long the calm will last.

A high concrete barrier separates Netiv Hasaara, population 880, from the crowded Palestinian enclave. On the Israeli side, the wall is painted green and blue, to suggest rolling fields under an open sky.

Some 200 meters (about 200 yards) from the village’s homes and greenhouses lies the northern edge of the Gaza Strip, ruled by Islamist group Hamas, much of it in ruins after the latest devastating conflict with Israel.

Israel’s Prime Minister Benjamin Netanyahu said the 11-day air and artillery campaign had killed “200 terrorists” and set back Hamas and its capacity to attack Israel by “many years”.

Israeli farmer Shaike Shaked says he feels “much safer and more at ease” since Friday’s ceasefire, even as he stood fully behind the military campaign against Hamas and other armed Islamist groups.

“The more they’re hit, the longer we have peace,” Shaked said. “But it won’t last more than five years, maybe 10 this time.”

Just three days ago, the agricultural cooperative resembled a ghost town after the Israeli army had asked its residents to leave, although many chose to hunker down and stay.

After the truce, village residents sipped their morning coffee on the porch, watching Israeli tanks roll out of town after their latest combat deployment here.

Out of the bunkers

The people of the agricultural collective, founded in 1982, long ago got used to cross-border rockets, mortar fire and spikes in heavy bombardment, which often ends as rapidly as it starts.

The Ambers, an elderly couple, have returned to the routine they gave up on May 10 when the first rockets were fired towards Israel, in response to violent clashes in Jerusalem’s Al-Aqsa mosque compound.

Sarah has resumed gardening and yoga, and her husband is back to playing bridge.