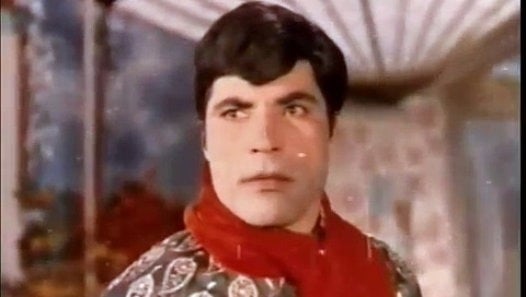 ISLAMABAD: Legend Lollywood comedian actor Mohammad Saeed Khan, widely known as Rangeela was remembered on his 17th anniversary on Monday to pay tributes for his lifetime services in entertainment industry.

He died on 24th of May, 2005 at the age of 68 and left hundreds of thousands of fans mourning after a lustrous career spanning over four decades in Pakistan film industry.

Aficionados of Urdu and Punjabi movies, who are now in their late fifties, remember actor, director, producer, writer and singer Rangeela as the best comedian of his time.

He was born in Parachinar, Kurram Agency on 1st of January, 1937. His family migrated to Peshawar when he was still a kid.

Later Rangeela moved to Lahore at a young age and earned his livelihood by painting billboards for the Pakistani film industry, private channels reported. His love affair with the silver screen goes back to those poster-painting days.

By the stroke of luck when he was 20 Rangeela was asked to substitute an absent comedian at the set. His career formally started at the age of 21 with a Punjabi feature film Jatti (1958). And from that moment on, he never looked back and soon emerged as one of the Lollywood’s most sought-after comedians.

He founded Rangeela Productions and manifested his multi-faceted talents by directing Diya aur Toofan that was released in 1969. He further introduced himself as a singer with blockbusters like ‘ga mairay manwa gata jaray, Jana hai hamka dour’.

Rangeela dexterously played three characters in his Parda Na Uthao. With political satire Insaan aur Gadha Rangeela established himself as a writer with profundity in his works. Qubra Ashiq was his interpretation of Victor Hugo’s Notre-Dame de Paris.

The legendary actor worked in over 300 films throughout his career and is regarded as the king of comedy in Pakistan. He worked within showbiz for around four decades and was considered to be one of the top comedians in all of Asia.

Moreover, for his services to the film industry, Rangeela received several awards including the President’s Pride of Performance in 2005 for excellence in the field of cinema.

Rangeela was married thrice and had 14 children, 6 boys and 8 girls.