ISLAMABAD: Minister for Railways Azam Khan Swati on Monday said that the Pakistan Railways will come out of heavy losses within the period of six to nine months.

Addressing a press conference, he said that he has been in the Ministry of Railways for the last five months and it has become a for-profit institution for the first time in 50 years. Earlier, the railways was carrying four percent freight which would hopefully be increased up to 10 percent, he said.

He said that the purchase of space, bidding and other matters for the construction of the terminals at different places were also in process. He pointed out zero income of the Pakistan Railways from its most valuable land during the last 70 years. He said that railway officers, police and some other people were involved in illegal occupation of the railways land.

If the minister’s expenditure was zero, then what should the media think, he questioned, and said that he would never talk about the railways deficit. He said that the Royal Palm Club was occupied by the mafia while the Supreme Court relinquished its possession after which the Royal Palm Club had turned a loss into a profit.

He said that the whole process was being run on the orders of the Supreme Court and if someone would say anything about it on YouTube will be brought to justice. How happy the people will be to see when railways will go into profit from deficit under the leadership and vision of Prime Minister Imran Khan, he said.

He said that 132,000 people were paid pension in railways. The prime minister and the finance minister have set aside a separate account for pensions, he said, adding that the trains will run under public-private partnership as “we do not have capacity to run the railways. How can we run loss-making trains at a loss?” He said all bogies will be auctioned under this project. 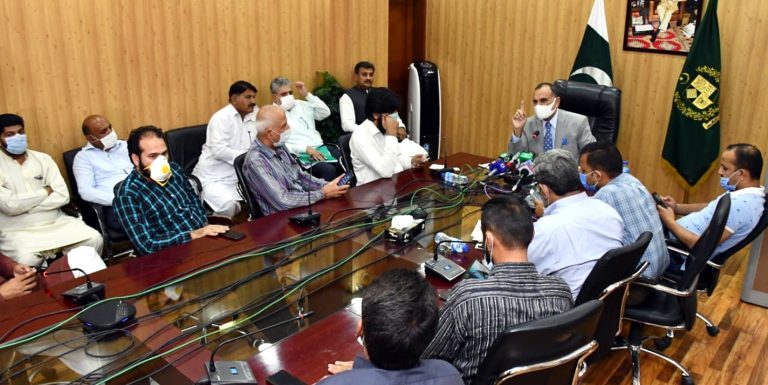 The minister said that recommendations have been made to the prime minister regarding 150 colonies for employees. He said that the laborer will also be happy, as he will get the best education and housing facilities. He said that the railway land will be auctioned for which the bidding system was developed in accordance with the international standards.

The minister conveyed that 2.5 billion electricity thefts have been controlled through strict monitoring. He clearly stated that the employees of railways will not be made permanent as he is not doing politics. While lamenting about the deplorable condition of the railway hospitals and schools, he said that one can go and see the condition of the railway schools and hospitals.

The minister also said that he was privatizing all the railway hospitals. The employees of railways were involved in many issues and 2500 cases have been registered against the responsible. He said that 11 railway petrol pumps have been seized by the mafia.