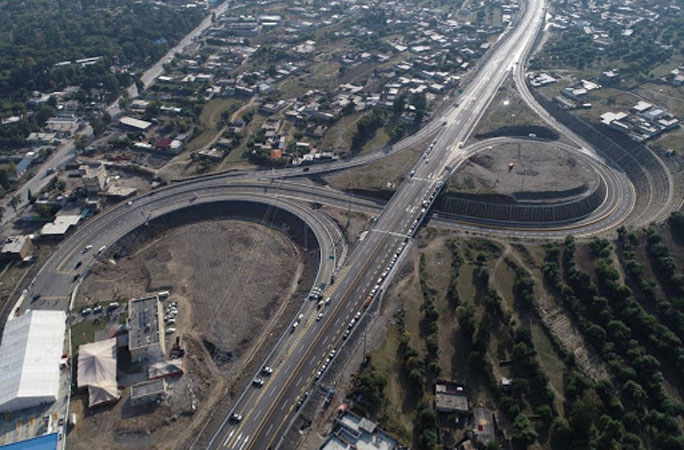 Pakistan-China industrial cooperation is destined to make Pakistan a manufacturing hub in the region while the establishment of industrial zones would create vast investment opportunities for local industrialists and absorb huge manpower.

The shifting of industries from China to Pakistan would result in export promotion, import substitution, transfer of technologies and employment generation, which are the primary targets of our government as well.

Both the countries have been working to build industry in the country as work on Special Economic Zone (SEZ)’s including Rashakai, Allama Iqbal Industrial City Faisalabad and Bostan Balochistan was under process and large number of foreign investors have been showing interest in these SEZ’s for investments and government provide facilities to foreign investors, said Federal Minister for Planning, Development and Reforms, Asad Umer.

The Chairman China Pakistan Economic Corridor (CPEC), Asim Saleem Bajwa said that in the second phase of CPEC industry, Agriculture and infrastructure was promoted and it also had a positive impact on poverty and GDP growth.

He said that due to the government policies, all facilities to the investors were being provided, adding that ‘one region one route’ would change a century’s scenario in which CPEC is the main project.

Meanwhile, Chairman Board of Investment Atif . R. Bukhari said that in the second phase of CPEC, the private sector and industrialists would have to play a pivotal role and the government’s role is to facilitate them by providing favorable conditions.

He said that the draft framework agreement of CPEC Industrial Cooperation was in line with the long term plan, this agreement will provide many opportunities for Pakistan to develop industries.

Bukhari said that CPEC’s four economic zones Rashkai, Allama Iqbal, Dhabeji and Bostan have entered the next phase of development.

Adviser to Commerce and Investment, Abdul Razak Dawood said the Special Economic Zone (SEZ)’s was a milestone for the economic and industrial development in the country.

The SEZ’s would pave the way for foreign investments, setting a milestone in industrial modernization and diversification, advisers said.

He said the government was prioritizing development of special economic zones for attracting Foreign Direct Investment (FDI) and transfer of technology into the country.

Chinese Ambassador to Pakistan Nong Rong said that this was the 70th anniversary of Pak-China diplomatic relations and on this occasion, China would accelerate the pace of work on CPEC.

He said that both countries are working on the 10th joint action committee meeting of CPEC. The next phase, both the countries would focus on measures for development of Gwadar Port, Industrial Parks, Agriculture, Science and Technology, etc, he added.

He said that China will assist Pakistan in industrialization, urbanization, digitization and modernization of the agriculture sector.

He said that the long-term plan of the China-Pakistan Economic Corridor project states that China could supply cheap raw materials to most of Pakistan’s markets for the development of Pakistan’s textile industry, which will also help in harnessing additional manpower in Kashghar.