Gigantic projects under ‘Green, Sweet, Fruits for All’ program proposed in budget 2021-22 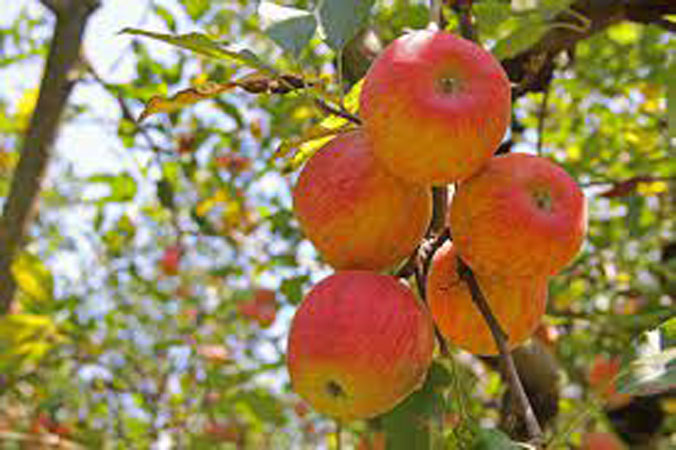 Khyber Pakhtunkhwa Forest Department has proposed gigantic projects under “Green, Clean and Fruits for All” Program in budget 2021-22 to bolster afforestation, olives farming and beekeeping in the province.

Gulzar Rehman, Conservator South, Forest Department told APP on Sunday that Forest Department was going to another offshoot i.e. ‘Green, Sweet and Fruits for All’ under which olive and indigenous bees flora plants including berry and palosa would be planted in order to promote api-culture, horticulture and fruiti-culture industries.

The Conservator said about 40 million healthy olives mostly of Italian and Spanish varieties keeping in view of it’s high production ratio per acre and climate resistance would be planted and grafting in another 40 million would be made as a joint venture project with the Agriculture Department in next five years.

“Olive trees and fruit plant plantations were made part of 10BTAP for the first time after its inauguration by the Prime Minister at Azakhel Nowshera on March 15 last to generate employment opportunities, alleviate poverty and combat climate change challenges.” All the seven tribal districts of erstwhile Fata, Suleiman Mountains near Waziristan, West Bank of River Indus and KP are declared most suitable for commercial olive cultivation.

He said several new projects were proposed for ADP 2021-22, focusing on promotion of urban and farms forestry, afforestation and bringing vast unproductive lands of merged areas under forests. Focus would be made on promotion of farms and urban forestry besides establishment of forest enclosures in hilly and accessible areas in merged areas where about 3,000 enclosures are being established to achieve the set target of plantation of additional one billion trees by 2023.

“We have adopted a three pronged strategy to carry out whopping afforestation in empty and unutilized lands, parks, graveyards, roads, highways, motorways and canal sides under urban forestry program to counterbalance the growing effects of environmental pollution in cities including Peshawar.”

The Conservator said the world population including Pakistan was increasing at a rapid pace and as per estimates about 700 million people were expected to migrate from cities to villages by 2050 in the world due to growing environmental pollution, climate change and global warming. He said Pakistan was also susceptible to climate change due to its geographical placement and was facing looming threats of water scarcity and food security due to changing weather patterns, drought, deforestation and desertification.

The climate change’s adverse effects in the country could be witnessed from floods of 2010, 2012, 2013 and 2014 besides worst drought during 1999-2003, two cyclones in Karachi and Gwadar Coast in 2008 and Glacial Lake Outburst Floods (GOLFs) including Atabad Lake in Gilgit Baltistan and Chitral.

To counter environmental pollution and climate change, he said a billion trees afforestation project was launched in KP where over 1.208 billion plants including 10 new jungles were raised during 2014-17.

BTAP is the world’s 4th biggest plantation drive after China, India and Ethiopia, which had surpassed the BONN Challenge’s commitment of restoring and rehabilitating degraded forests and raising new plantations over 3,48,00 hectares.

Similarly, an additional 252,000 hectares forest restoration pledge of KP Government has been officially accepted by BONN Challenge during its meeting held in Brazil in March 2018, he added. The Conservator said, “the country’s first man made forest had been raised at Ghari Chandan and Mathani Azakhel to counter environmental pollution in Peshawar.” “Ghari Chandan is bigger than Changa Manga and has become a great source of medicinal plants, honey and ecotourism besides making a positive impact on Peshawar’s environment,” he said.

The Conservator said PC-I has been approved to convert Ghari Chandan and Mathani Azakhel forests as ecotourism resorts. Gulzar said over 95pc target set for southern circle comprising Peshawar, DI Khan, Nowshera, Kohat, Bannu, Charsadda and Lakki Marwat districts under 10 BTAP were achieved and the remaining five percent would be completed by June this year.