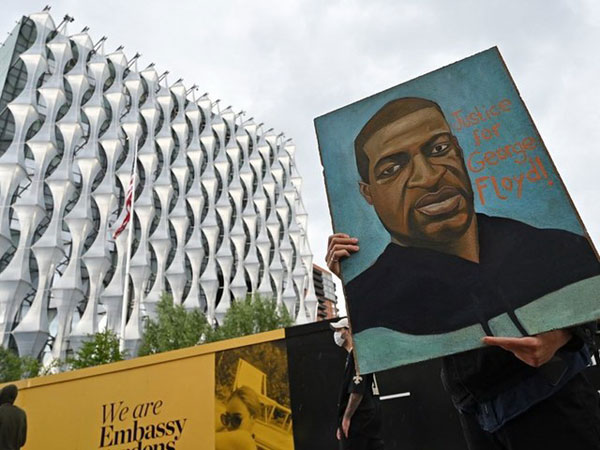 With their tears, rage, dignity and solidarity, George Floyd’s loved ones have become respected leaders of the fight against police brutality in the United States.

“This just fell on my lap to take on and be his voice because he’s no longer here,” Bridgett Floyd said of her role since her brother died.

Floyd, a 46-year-old Black man, was killed on May 25, 2020 by a white police officer, Derek Chauvin, who kneeled on his neck for over nine minutes.

Chauvin was convicted by a jury in Minneapolis, Minnesota, of murder and manslaughter on April 20 and is to be sentenced on June 25. The Floyd family received $27 million in a settlement with the city.

Captured on video by a bystander, Floyd’s death sparked protests against racial injustice across the United States and around the world.

On Sunday, members of the Floyd family plan to take part in a march in Minneapolis with relatives of other African-Americans killed in encounters with the police.

Among those planning to attend is Sybrina Fulton, the mother of Trayvon Martin, the teenager whose 2012 shooting death in Florida helped spawn the Black Lives Matter movement.

“We want the world to see how us families are hurting because the police took a loved one from us,” Bridgett Floyd said in response to a question from AFP during a meeting with reporters.

The Floyd family has worked closely over the past year with other families, lawyer Ben Crump and civil rights leader Al Sharpton to push their anti-racism message.

“Initially for us, it was personal, obviously, because we lost a loved one,” Shareeduh Tate, Floyd’s cousin, told AFP. “Shortly thereafter, we understood it was something far bigger than just the personal loss.”

‘When does it stop?’

A week later, in a video message to the United Nations, he called on the international community to set up an independent commission to investigate police violence in the United States.

The Floyds have made regular appearances alongside other families who have lost loved ones.

In Houston on May 13, they took part in a ceremony for Pamela Turner, a Black woman who was shot dead by police two years ago.

They also appeared at a press conference with the parents of Daunte Wright, a 20-year-old Black man killed in a Minneapolis suburb by a police officer who apparently confused her gun and her Taser.

“When does it stop?” asked Brandon Williams, Floyd’s nephew. “We don’t want families to go through the pain that we go through.”

Philonise Floyd said that after Floyd’s death “we all pretty much committed to the fact that we were going to be active and involved in ensuring that his death would not be in vain.

“And one of the ways that we can do that is individually and collectively getting out and making sure we’re doing whatever we can,” he said. “You know, we’re all over the place.”

Because of the Covid-19 pandemic, only one seat was available for the Floyd family in the courtroom during Chauvin’s recent trial in Minneapolis.

It was an impressive display of unity, all the more so when faced with a defense lawyer who tried to depict Floyd as a violent drug abuser.

Most days, the seat reserved for Chauvin’s clan was empty.