Germany serves up Covid jabs in the company canteen 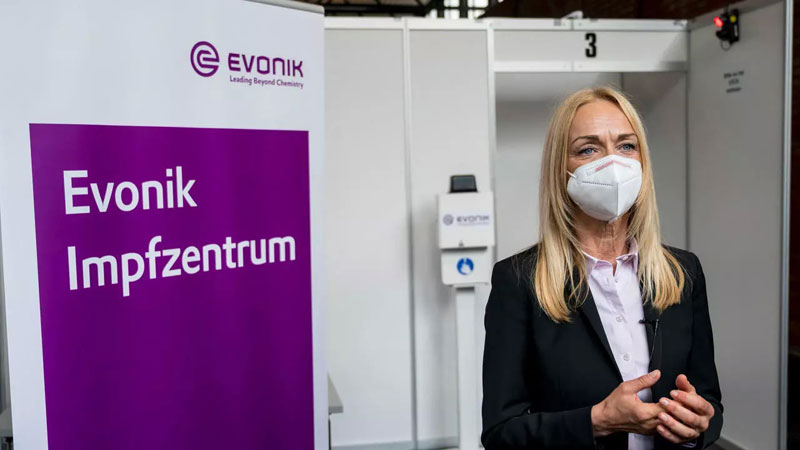 It’s well before midday but chemical technician trainer Ralf Scharf is already heading to the company canteen. And lunch is the last thing on his mind.

He’s here to get a Covid-19 jab, as his German employer Evonik Industries joins a push to ramp up the country’s immunisation drive by including company doctors in the effort.

“You can get vaccinated without hardly any waiting time, it’s great,” Scharf, 58, told AFP after making the short walk from his work station to the dining area.

The usual tables have been removed to make way for rows of small booths manned by medical staff.

Each section is dedicated to a different step in the process, from signing consent forms and getting a pre-jab consultation to the actual injection and recovery room.

After a much-criticised slow start, Germany has significantly picked up the inoculation pace in recent weeks.

Some 40 percent of adults have now had their first shot and more than 13 percent have had both jabs.

At Evonik, company doctor Christine Busch only has a few hundred doses to administer during the pilot phase.

But once the project kicks into high gear next month, she expects to vaccinate around a thousand people a week.

Initially the focus will be on Evonik’s roughly 3,500 Hanau-based staff and the employees of partner companies. There are also plans to eventually extend the offer to employees’ family members.