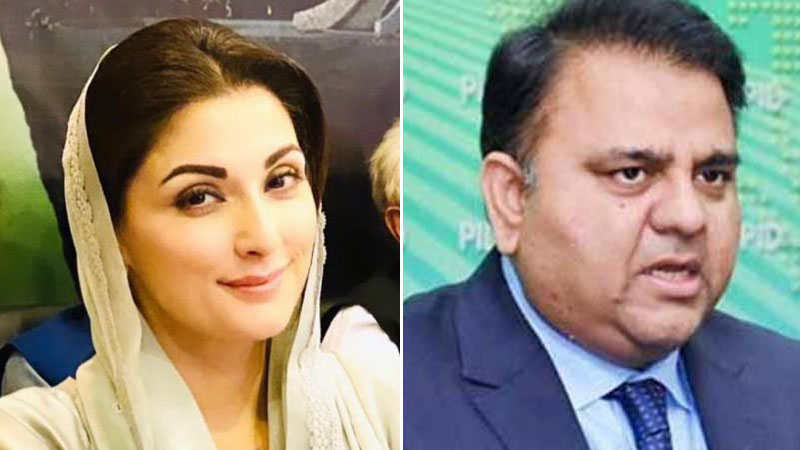 Minister for Information and Broadcasting Fawad Chaudhry was silenced by Pakistan Muslim League-Nawaz (PML-N) Vice President Maryam Nawaz over former’s claim that Nawaz Sharif has not uttered any word on Israeli aggression against Palestinians.

Fawad Chaudhry in a tweet on Sunday claimed that PML-N supremo Nawaz Sharif remained silent over Israeli aggression on Palestinians due to his offshore assets.

He said, “Nawaz Sharif expresses his views on every issue and never missed any opportunity to criticise the [PTI] government. Even Nawaz Sharif’s daughter Maryam Nawaz and his son-in-law Capt (retd) Mohammad Safdar did not condemn the Israeli atrocities in Gaza, where 248 people were killed during the 11 days of fighting. “The reason for his silence is offshore assets worth billions of rupees,” he added.

In a tweet on May 11, former premier Nawaz had termed the Israeli attacks on civilians and worshippers at Al Aqsa Mosque as terrorism.

“The world has been criminally negligent to the plight of Palestinians for too long. Israel targeting children & unarmed civilians is terrorism at its worst. I strongly condemn this brutality in Al Aqsa Mosque & Gaza. My heart goes out to the victims. The world must act & act NOW,” he wrote in a tweet.

Likewise, Maryam had also slammed the attacks on civilians in Gaza in a tweet saying: “Heart cries bloody tears on atrocities over Palestinian brothers and sisters and children and the hypocrisy, double standards and cruelty of the ‘civilised world’.”