The close relations between Pakistan and China on the fronts of science and technology, higher education and Information Technology are fostering with each passing day and offering more opportunities for the people of both the countries to come closer and further strengthen this ever-green bond of friendship.

“The collaborations made between Pakistan and China in these sectors during the last decade were exemplary, however there is still a great potential to expand this cooperation especially in the science and technology sector”, Dr. Atta-ur-Rahman, prominent scientist said.

Talking to APP in an interview, he said, “China is keen to transfer modern technologies related to Aerospace Engineering and Artificial Intelligence to Pakistan which could revolutionize the science and technology sector of the country, therefore, we need to maximize our cooperation with China”.

Dr. Atta-ur-Rahman said that the western countries were not very keen to transfer emerging technologies to Pakistan but China is very receptive to the needs of Pakistan and Chinese people want to work with Pakistan.

Mentioning the recent projects being implemented in Pakistan with the support of China, Dr. Atta-ur-Rahman said Pak Austrian University of Applied Science and Engineering was established in Haripur, Hazara with the partnership of five Chinese universities.

Dr. Atta-ur-Rahman who is also a Chairman of Prime Minister Task Force on Science and Technology and Vice Chairman of Knowledge Economy Taskforce is spearheading all these programmes and in recognition of his services received a highest award from China on January 10, 2020 from Chinese government.

Such collaborations have enabled several thousand students to have the opportunity to study in China as a result of scholarships and other initiatives. There were huge programmes and collaborations underway with China, he mentioned.

Dr. Atta-ur-Rahman said that a new university is going to be established with the support of China in Sialkot which was inaugurated by Prime Minister, Imran Khan few months ago.

This project is being implemented with the involvement of five to six Chinese universities.

Regarding the all-weather friendship of Pakistan and China, Dr. Atta ur Rahman said that at this time when Pakistan has marked the 70th anniversary of its diplomatic ties with China, we must acknowledge that China always stood by Pakistan in every challenging time whether it is Kashmir issue or any other crisis.

China has extended every possible support to Pakistan during the prevailing health crisis of COVID-19 which is acknowledged by all sections of the society, he said.

It is pertinent to mention here that Dr. Atta-ur-Rahman won the “Friendship Award of China” (2014) and was conferred the highest scientific award of China, the International Science and Technology Cooperation Award, by President Xi Jinping (2020).

He was bestowed with the International Scientific Corporation Award (2014) and the “Einstein Professorship” by the Chinese Academy of Sciences (CAS) (2013). He was also elected as Foreign Member of the Korean Academy of Science and Technology. Research Institutes have been established in his name in China, Malaysia and Pakistan. 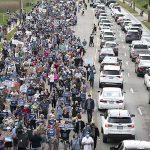