Imran Khan asks PTI leaders, members to strictly adhere to ideology, as ruling party will not compromise on its high ideals 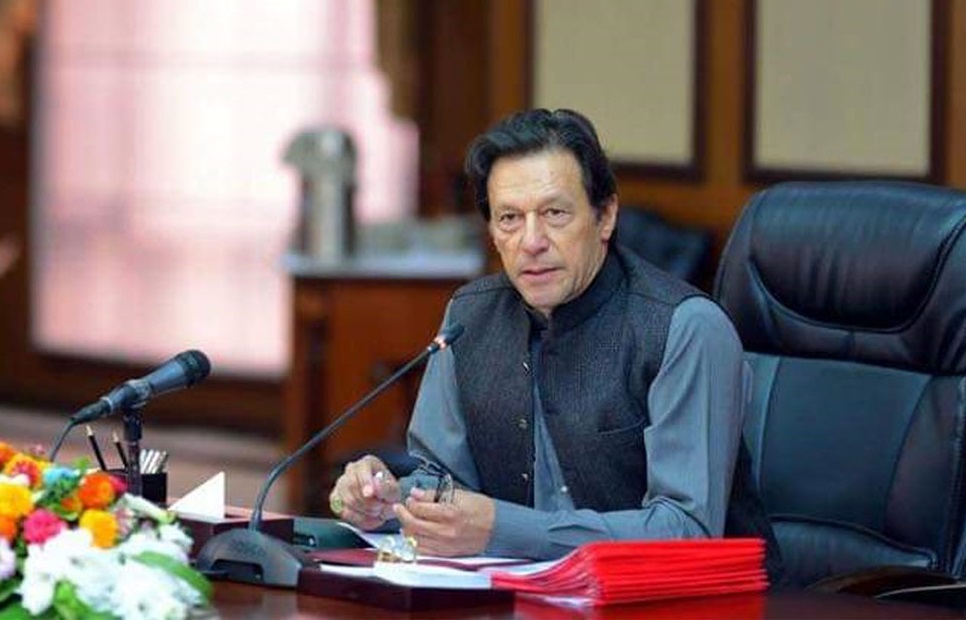 ISLAMABAD: Prime Minister Imran Khan on Sunday said that merit, transparency and rule of law were the hallmark of Pakistan Tehreek-e-Insaf (PTI) and vowed that the party would not compromise on its ideals.

Chairing a meeting of his party’s core committee, the prime minister said that nations could not survive without setting high ideals, and stressed upon the party leaders and members to strictly adhere to the PTI’s ideology of ensuring the rule of law, a party press release said.

The core committee members said the government was confronting a number of mafias, and pointed out that the objective of the establishment of PTI was to enforce rule of law in the country and provide justice to everyone.

The meeting also renewed its pledge that no NRO (National Reconciliation Ordinance) would be given to anyone belonging to any party. The members expressed the resolve that the government would go to every extent to achieve the goals. They decided that they would not compromise on the basic principles at any cost and would make every effort to promote the basic ideals of the party.

The committee appreciated the prime minister’s bold and prudent approach over the Palestine issue and for effectively raising voice over Islamophobia at the international fora. They lauded the prime minister and his economic team on the effective economic policies, which, they said, were beginning to yield result as was evident from the farmers’ prosperity, and hoped that the agriculture sector would further improve in the days ahead.

The committee noted that despite the Covid-19 pandemic, the economic wheel moved on bringing further tangible stability. It also congratulated the government on the progress being witnessed in the construction and agriculture sectors. The meeting lauded role of overseas Pakistanis in the prosperity of the country and appreciated their record remittances.

Considering their vital role, the PTI was striving to provide them voting rights with the use of modern technology so that they could participate in the election process. Expressing strong reservations over negative propaganda through a post on the official page of the Election Commission, the committee expressed confidence that the commission would take immediate strict action and initiate proceedings against the responsible.

The prime minister also directed the chief ministers of Punjab and Khyber Pakhtunkhwa for taking steps to hold local government elections. The committee also felicitated the Pakhtunkhwa chief minister for reduction of poverty and provision of healthcare cards in the province under which every resident was provided with health insurance worth one million rupees.

The members termed it one of the most important and historic achievements of the PTI government. PTI’s chief organizer Saifullah Niazi and Secretary General Aamir Kiyani were directed to field candidates in the by-elections after consultations with the relevant members of the parliament, and under a well-devised strategy.