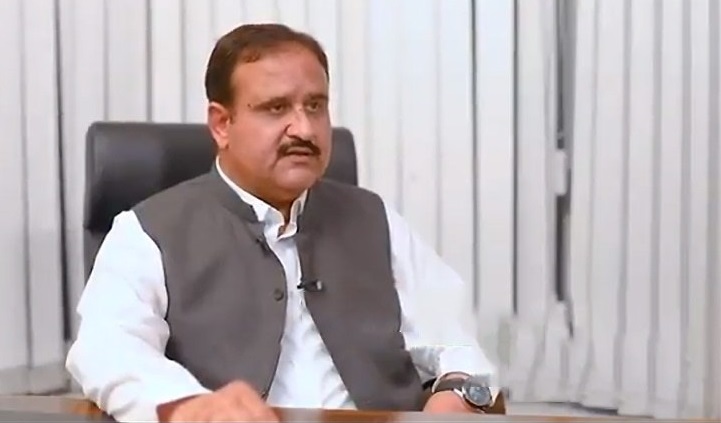 For now, the Buzdar government is out of the woods. And this means there is no crisis in the centre as well.

Mr Buzdar played smartly and assured them to remove their all reservations, saying their legitimate reservations will be addressed. “My doors are open for all of you,” he told the delegation, according to an official handout. “We are all united under the leadership of Prime Minister Imran Khan. The politics of revenge is not our style; our party is called Tehreek-e-Insaf and we believe in the administration of justice.”

Did the Tareen group delegates discuss the problems of Tareen as well?

When Daily Times contacted a member of the Tareen faction, he minced no words in declaring that Tareen would fight his cases in courts, and “we believe in our justice system”.

One of the delegates chose not to respond when asked if Tareen was to fight his cases through his lawyers in court, what was the fuss about?

It seems the Tareen group saw an opportunity to pressure the Imran government to mint development funds for their constituencies through joining Mr Tareen.

During the meeting with the chief minister, Nawani, parliamentary leader of the Tareen group, said that he had full confidence in Buzdar’s leadership; he is our chief minister and he met him to get resolved his people’s issues. He said the PTI is our party and unconditional commitment will remain with this party.

In the coming days, the so-called members of the Tareen group will be busy overseeing development funds in their areas.

Where does Mr Tareen stand?

It seems he has lost steam and has been left on his own to deal with his alleged money laundering and other financial irregularity cases in courts.

“He has been told not to cross red lines,” said Ijaz Khan Sahu, a journalist from Lodhran, the hometown of Mr Tareen.

“There’s gloom in the JKT camp here; it seems the momentum the Tareen had built has burst out.”

Nauman Langrial, one of the leading members of the Tareen group and also a sitting minister in the Buzdar cabinet, arranged a reception for the group members where Federal Information Minister Fawad Hussain Chaudhry was also present.

The reception did not miss Jahangir Tareen, who was absent. Minister Fawad stressed that the deadlock was over. “But cases will go on in courts,” he reminded the host.

Though the crisis is over and the government will get the budget passed easily, the formation of the breakaway faction has left many questions.

Strangely, sitting ministers issued statements against their own government when Mr Tareen rose with rebellion postures. The sacking of a few ‘irresponsible’ ministers would have given a tough message to the group. Instead, the government kept its calmness intact and worked out some under-the-table deals with the group members.

The role of ‘friends’ in the real power corridor cannot be ruled out in cornering Mr Tareen.

The conclusion of the crisis shows that ‘friends’ have faith in the Imran Khan government.

This is not the first time Prime Minister Imran Khan has beaten the odds and emerged victoriously. His core policy – not to cowed into submission by blackmailing – has paid him off.

“Imran Khan’s strict postures on wrongdoings by his own party men will benefit him in the next elections,” said Mubasher Bukhari, a political commentator.

The other factor saving Mr Khan from evils – both self-created and external – could be his stars.

But he should read the recent bye-elections has brought about to his party.

The public is in no mood to give a star rating to his party men.