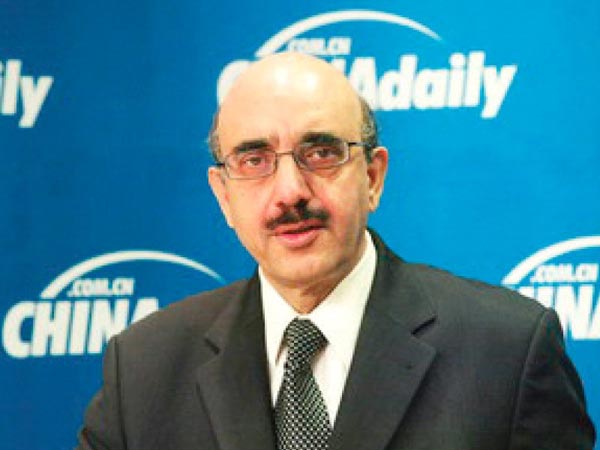 Terming her a role model for all the girls aiming to achieve excellence in apparently challenging fields of life, Azad Jammu and Kashmir (AJK) President Sardar Masood Khan has paid tributes to Maryam Mujtaba, a resident of Muzaffarabad, on becoming the first female commercial pilot from the liberated area.

The president extended felicitations to Maryam after she called on him here at the Aiwan-e-Sadr on Saturday along with her spouse Mujtaba Rathore Aga, who is an outstanding officer of the AJK police.

The AJK president maintained that her success in the aviation field had made the Kashmiris on both sides of the divide proud.“You have inspired and encouraged a number of women in the liberated territory to consider aviation as a career,” the president remarked, expressing the hope that the booming aerospace industry would continue to absorb more and more people globally, once the Covid-19 pandemic was over.

“The females have more chances to get jobs in a highly dynamic and fast-paced industry,” the president said. While wishing her great luck and success in her future endeavors the president also congratulated Maryam’s sister and spouse for encouraging her to choose the career of her choice. Maryama further stated that she had been dreaming to fly from her childhood days and now PIA gave her the opportunity to realize this dream. She also thanked the SCO, an organization committed to providing quality telecom services in Azad Jammu & Kashmir and Gilgit-Baltistan for taking her on board as the brand ambassador. Born and grown up in Shopian town of Indian Occupied Jammu and Kashmir and now settled in Muzaffarabad and Rawalpindi, Maryam obtained her commercial pilot licence (CPL) after undergoing initial aviation training in Rawalpindi and New Jersey-based flight academy, Century Air.

The PIA promoted her as first officer on Airbus 320, after she completed the requisite flying hours at ATR plane. She has also been designated by the Special Communications Organization (SCO), the state-run telecom operator in AJK and Gilgit-Baltistan, as its brand ambassador.