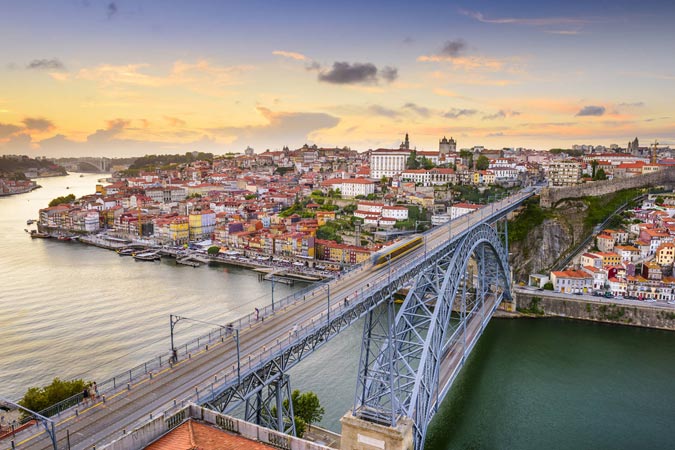 Down by the almost empty beach in Vilamoura in Portugal’s southern Algarve region, Sean and Roxana Martin are pleased as punch to be on holiday with their 15-month-old son Antonio – although originally they planned to be elsewhere.

‘First, we tried to go to Sicily,’ says Sean, 38, a property developer from London. ‘That was last year. Then we had our honeymoon in Hawaii cancelled. Then we had to cancel going to Las Vegas.’

He shakes his head in frustration. ‘So as soon as Portugal went on the green list, I called my friend – he’s a travel agent – and we booked to go.’

The couple paid £150 each for PCR tests, required 72 hours prior to travel to Portugal, at a clinic near London’s Leicester Square and flew on EasyJet to Faro at 9am from Gatwick on Monday – the earliest flight they could find.

At the Tivoli Marina Hotel in Vilamoura, swallows may flit above the palm trees by the pool, but the British tourists arriving this week are seen by locals as the ‘swallows’ that may be the harbinger of a revival of the country’s devastated tourist industry.

Usually, tourism accounts for 15 per cent of Portugal’s economy, with more than half of British travellers visiting the Algarve for its fine sand beaches, pretty villages and renowned golf courses.

‘Searches on tour operator websites have increased by 2,000 per cent since the green list was announced,’ says Hugo Nascimento of Visit Algarve. ‘The last year has been so hard but we hope to turn it all around now.’

They might well do so. Mind you, the first British tourists venturing into Portugal this week seem both stunned by the temperatures, as well as the peace and quiet on the usually busy beaches. And there’s another big selling point: low prices.

Not just from travel to and from the country but the cost of living on arrival – confirmed this week when the Post Office Holiday Money Report 2021 revealed that the Algarve was the third cheapest place to visit for holidaying Britons, with a three-course meal with wine for two costing an average £30.49. The only cheaper destinations were Sunny Beach resort in Bulgaria and Marmaris in Turkey, although neither country is on the green list, so quarantines are required on return.

Prices of flights to Portugal are enticing as airlines schedule more planes to the country – and comparing bargain fares while waiting in line for the ‘assisted buffet’ at breakfast, during which you point at what you would like and the food is served by a member of staff, is all part of the morning routine.

One guest had bagged a £12 ticket on Ryanair. ‘I gambled on it before the green list was announced,’ says Mary Johnson, 31, a teacher from Sheffield.

Aside from the new-style hotel buffets, measures introduced because of the pandemic include a requirement to wear face masks in busy public places and an encouragement to use hand sanitiser on entering hotels, shops or restaurants.

All bars and restaurants shut at 10.30pm on the dot – and the country remains in an official ‘state of calamity’ until May 30, when Covid regulations will be reassessed.

British visitors can expect an extremely friendly welcome. At Sherry’s Bar in the popular resort of Albufeira, Kevin Sherry, the owner from County Armagh, says: ‘It’s been a ghost town here. Of course, we’re looking forward to the British coming back.’

The general feeling among holidaymakers in the Algarve this week is that, although inconvenient, expensive and confusing to understand, taking the required Covid tests for travel has been bearable.

A straw poll of fellow guests at the Tivoli Marina Vilamoura Hotel found that PCR costs of tests ranged from £59 to £180 for a rapid turnaround test in London.

‘We paid £80 each for our PCR tests before flying,’ says Linda Mead, a physiotherapist from East Horsley in Surrey, on a five-day getaway to Vilamoura with her husband.

Our talk is overheard by Jenny, from Birmingham, who is passing by, and we all have a chat about test prices. There is a camaraderie about getting tests done while travelling during a pandemic and in particular: Making Sure You Don’t Make A Mistake.

With politicians back at home issuing so many contradictory messages regarding travel, everyone by the pool in Vilamoura is alert to any rumours about possible rule changes. Even Alan French, chief executive officer of Thomas Cook, staying at my hotel, is frustrated and ‘nervous’ about regulations.

He is on a fact-finding mission to ‘fine-tune’ his company’s holiday offerings, which are as low as £386 pp for a week at the Dom Jose Beach Hotel in Quarteira flying from Manchester in May.

But is it all worth it – all the tests and getting your head around the Government’s latest travel regulations and pronouncements? ‘Oh yes,’ says Ella Bull, a nurse from Manchester as we gaze across the golden sands of Praia de Vilamoura.

It really is marvellous to see the sweep of the coastline, with ocean waves lapping and guitar-twanging music emanating from the terrace of the chic Purobeach bar close by. ‘It’s just good to get some sun. I called my mum and dad to explain we were here.

‘We had told them we were going and they didn’t believe we’d actually make it. Well, here we are. We put it on Instagram.’ What about Sean and Roxana? ‘The best thing is walking over there and getting a drink,’ says Sean, pointing at the poolside bar.

Meanwhile, Linda from East Horsley says: ‘It’s just good to be able to go out and eat at a restaurant without shivering outside in the cold.’ Holidays in the sun are back – just don’t forget to pack your face mask.