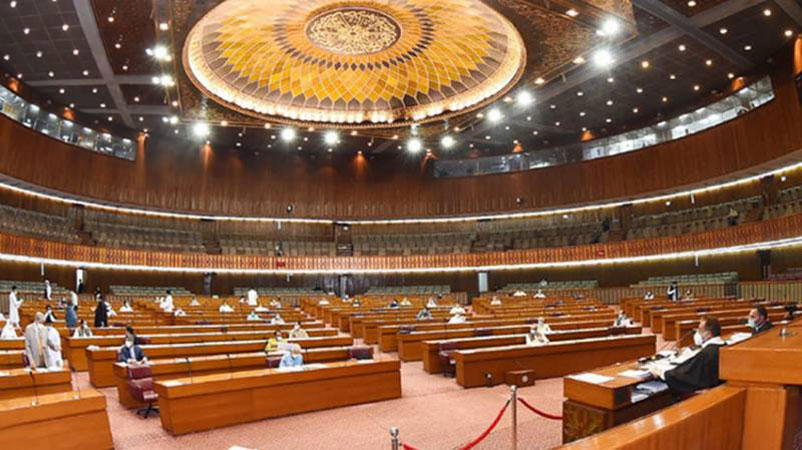 ISLAMABAD: The federal government has decided to present the next budget 22 in the National Assembly for 2021-22 on June 11, 2021, local media reported on Saturday.

The budget will focus on launching special programmes for rural Sindh, Karachi, Balochistan and Gilgit-Baltistan. Rs100 billion have been allocated for this purpose in the coming budget.

According to the local media, Prime Minister Imran Khan has approved presenting of the next budget on June 11.

On the other hand, the provisional growth of the gross domestic product (GDP) for the year 2020-21 has been estimated at 3.94 percent.

This transpired during the 103rd meeting of the National Accounts Committee, which was under the chairmanship of the secretary planning, development and special initiatives.

The provisional estimates of the GDP and Gross Fixed Capital Formation (GFCF) for the year 2020-21 were presented on the basis of the latest data of 6-9 months which were annualised.

The provisional growth of GDP for the year 2020-21 has been estimated at 3.94 percent which is based upon growth estimates of the agricultural, industrial, and services sectors at 2.77 percent, 3.57 percent, and 4.43 percent, respectively. The growth for 2019-20 was revised downward from -0.38 percent to -0.47 percent.