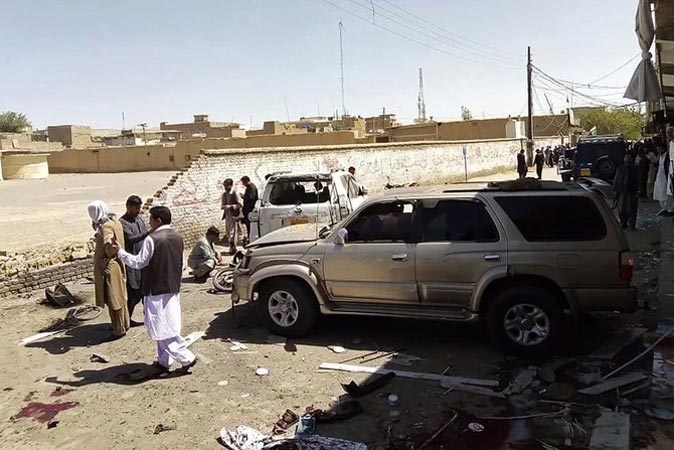 A bomb blast on Friday at a pro-Palestinian rally killed at least seven people and injured 14 in Balochistan’s Chaman city, officials said, the latest violence to hit the area.

Senior local police official Ahmad Mohiuddin said explosives were packed into a motorbike parked near the vehicle of a religious leader taking part in the rally. Pictures from the scene showed broken glass, rubble, and bloodstains.

“It was an improvised explosive device which went off as participants began to disperse,” added Tariq Mengal, a senior local administration official. No group has claimed responsibility.

Balochistan government spokesman Liaquat Shahwani said the explosion took place during a Palestine solidarity rally taken out by the Jamiat Ulema-i-Islam – Nazaryati in Chaman’s Murghi Bazaar. According to Shahwani, 10 of the injured were shifted to District Headquarters (DHQ) Hospital Chaman, while the rest were taken to Quetta. He said JUI leaders Abdul Qadir Luni and Qari Mehrullah were unharmed in the explosion. The area has been sealed and an emergency has been imposed in local hospitals to treat the injured.