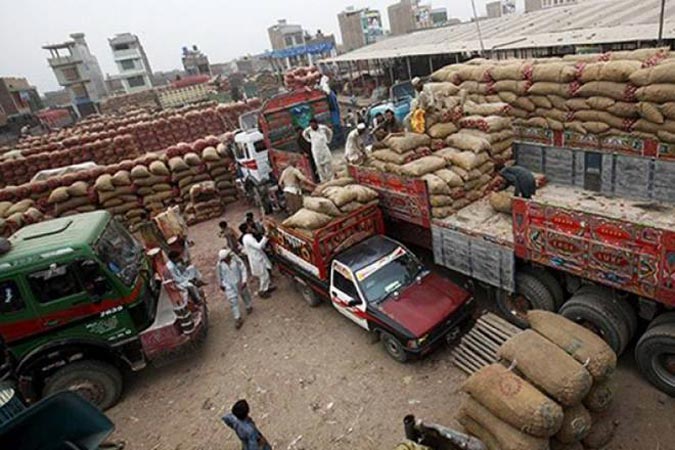 The provisional growth of the gross domestic product (GDP) for the year 2020-21 has been estimated at 3.94 percent.

This transpired during the 103rd meeting of the National Accounts Committee, which was under the chairmanship of the secretary planning, development and special initiatives.

The provisional estimates of the GDP and Gross Fixed Capital Formation (GFCF) for the year 2020-21 were presented on the basis of the latest data of 6-9 months which were annualised.

The provisional growth of GDP for the year 2020-21 has been estimated at 3.94 percent which is based upon growth estimates of the agricultural, industrial, and services sectors at 2.77 percent, 3.57 percent, and 4.43 percent, respectively. The growth for 2019-20 was revised downward from -0.38 percent to -0.47 percent.

According to the sector-wise brief, the agriculture sector grew by 2.77 percent in 2020-21 as against 3.31 percent in 2019-20. The growth of important crops during this year is 4.65 percent on the back of the historic highest ever production of wheat, rice, and maize while sugarcane registered the second-highest ever production. This growth in the production of wheat, rice, sugarcane, and maize is at 8.1%, 13.6%, 22.0%, and 7.38%, respectively.

However, cotton has witnessed negative growth of 22.8%, which also resulted in a 15.6% decline in cotton ginning. Other crops (vegetables, fruits and green fodder, etc.) showed positive growth of 1.41% mainly because of an increase in the production of oilseeds and vegetables. The livestock sector registered a growth of 3.1 percent. Forestry has grown at 1.4%.

The overall industrial sector witnessed a positive growth of 3.57 percent. The value-added in the mining and quarrying sector has declined by 6.5%. The large-scale manufacturing (LSM) sector, which is driven primarily by QIM data (from July 2020 to March 2021), showed an unprecedented healthy growth of 9.29%.

The electricity and gas sub-sector declined by 22.96% mainly due to lower allocation of subsidies by the government to DISCOs, low increase in output, and a higher proportional increase in intermediate consumption.

The construction activity has increased by 8.34% mainly due to an increase in general government expenditure and private sector construction-related expenditures.

The services sector witnessed a growth of 4.43% in the provisional estimates. While the wholesale and retail trade sector grew by 8.37% primarily because of an increase in the marketable surplus, the transport, storage, and communication sector has declined by 0.61%.

The finance and insurance sector showed an increase of 7.84%. The remaining components of services i.e. housing, general government, and other private services have witnessed a positive growth of 4.01%, 2.20%, and 4.64%, respectively.