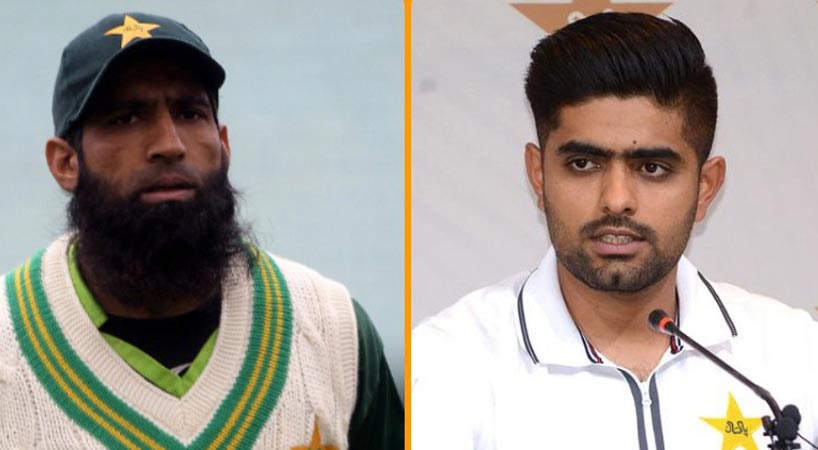 ISLAMABAD: Former Pakistan batsman Mohammad Yousaf believes skipper Babar Azam is technically very sound when it comes to the game, saying the Lahore-born cricketer is improving over time. “There is no doubt about it. Babar Azam is technically very sound and is working hard,” he said. “The practice he does is really hard which pays off on the ground. He scores a lot of runs and holds phenomenal rankings in each format of the sport. When you work hard on the abilities that Allah has granted you then you improve day by day,” he added.

“Mohammad Rizwan is another example of a player who is improving day by day. Bowling isn’t my domain but you can see that the bowlers are also on an upward trend. Whoever has talent and works hard then Allah helps them improve and rise up,” he said. However, the 46-year-old was adamant that being in and out of form was part of the game and that Babar would bounce back in the next series. “Sometimes it happens in cricket. When you are playing cricket on a regular basis, you get some innings where you don’t score a lot of runs. This does not mean that there is a problem. It is a part of the game. Being in and out of form is just part of it. His drills and practices are phenomenal so he will definitely score in the next series,” he said.

The former Pakistan captain also claimed that the cricketers in the Pakistan side were mentally strong and physically fit. “The players are working hard. It isn’t a guarantee that all batsmen in the side will score in every match. Sometimes one will step up while another will step up the next time. Those who are technically sound are bound to step up more often than not,” he said. “Rizwan is performing consistently for his side. Last year it was Mohammad Hafeez who scored a lot of runs. Babar Azam scores runs in almost every match. There are always three or four batsmen who are always scoring. The players are mentally strong. Fitness wise they are also going really well,” he said.

Yousaf, also revealed that youngster Azam Khan loved hitting sixes but needed to play in the gaps more often like the great batsmen of today such as Virat Kohli, Babar Azam and Rohit Sharma. “Azam Khan is young. I think he has played only one first-class season. He is an excited and emotional player. He loves hitting sixes. If you look at his cover drive, he plays that well too. He has the on drive as well. But then suddenly he wants to hit it out of the park. This is because he is more focused on that type of cricket like league cricket. Another thing is that spectators love watching sixes being hit,” Yousaf said.