* The source continued, 'It's all very new and exciting even though they have known each other forever' 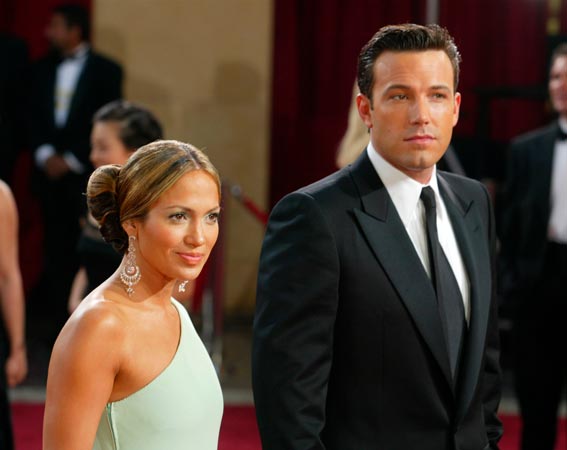 After several weeks, Bennifer 2.0 appears to be going strong. Jennifer Lopez and Ben Affleck were recently spotted back in Los Angeles, less than a month after they first fuelled rumours that they have rekindled their romance after ending their engagement in 2004.

“J.Lo spent time with Ben this week,” a source close to the actress and singer told E! News on Thursday, May 20. “She came out to L.A. and they saw each other. They were excited to reunite after being apart for a few days. She had a break in her work schedule and wanted to see him again.”

The source continued, “It’s all very new and exciting even though they have known each other forever. It’s been fun to get to know each other all over again. They are both very happy with where things are and where they are going. She had to leave to go back to Miami for work, but they plan to see each other again soon.”

In mid-April, following weeks of reports of a split, JLo, 51, and Alex Rodriguez, 45, confirmed they had ended their engagement after four years together. Later that month, Ben, 48, was spotted at Jennifer’s Los Angeles home. In early May, romance speculation about the two was further fuelled when they were photographed together in Montana.

In mid-April, following weeks of reports of a split, JLo, 51, and Alex Rodriguez, 45, confirmed they had ended their engagement after four years together. Later that month, Ben, 48, was spotted at Jennifer’s Los Angeles home

Another source told E! News at the time that they vacationed there for about a week, adding, “It’s natural between them and the chemistry is unreal. They picked up where they last left off and are enjoying each other’s company right now.” Jennifer and Ben dated between 2002 and January 2004, ending their own engagement.

A different insider later told E! News that “Ben definitely pursued” JLo and that the two “are talking and plan to see each other again.”

Neither Jennifer nor Ben has commented about the status of their relationship. However, last week, the Hustlers actress posted on her Instagram page a video montage promoting her 2002 album This Is Me… Then, which features songs were inspired by her past relationship with the actor. The post included clips of just herself from the music video “Jenny from the Block,” which stars Ben.

“All of my albums are very special to me, but This Is Me Then is my favourite album I’ve ever done so far!” JLo wrote in her post. “I know a lot of you have heard me say that before, so in honour of my #JLovers helping it re-enter the album charts AGAIN after 19 years here is a lil #TBT #ThisIsMeThen.”