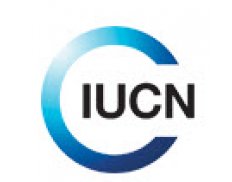 ISLAMABAD: A body of the International Union for Conservation of Nature (IUCN-Pakistan) Members Committee organized an online meeting, which said that the award of hosting the World Environment Day to Pakistan on June 5 was a great recognition of the efforts of Prime Minister Imran Khan’s world-acclaimed green initiatives.

Members of the advisory body of IUCN -Pakistan from all the four provinces and Azad Jammu and Kashmir participated in the meeting, said a news release.
Special Assistant to the Prime Minister on Climate Change and IUCN Vice President and Regional Councilor, Malik Amin Aslam, lauded the services of Aban Marker Kabraji towards the environment and sustainable development.
He said that she started from scratch and expanded the network of IUCN offices in the entire region.
He also welcomed Dr Dindo Campilan, IUCN Regional Director, Asia and Oceania, in his new role. He mentioned that the Ministry of Climate Change will be launching the guidelines housing sector to a greener housing sector.
He said that the Pakistan National Committee of IUCN Member organizations is a very vibrant group working for the environment in the country.
He said that the IUCN Council in coordination with the host country France has decided that the IUCN World Conservation Congress 2021 will be a hybrid model event. That will provide the opportunity for both types of participants who intend to participate physically or virtually.
He said that it is a matter of great pride that Pakistan has been selected for hosting World Environment Day. It is taking place when the world is refocusing on nature. He quoted the media that awareness about nature has doubled during the COVID era. The UN Decade on Ecosystem Restoration is also going to kick off on this day. The theme for this year, “Ecosystem Restoration” is also very close to Pakistan and what the government is engaged in. During the celebrations, the participation of the world leaders is expected. It is going to be a large function keeping in view the SOPs and social distancing.
He appreciated the plantation activities in Balochistan by Taraqee Foundation in the most difficult zone for tree plantation.
Dr Dindo appreciated the historic and strategic role of the IUCN Pakistan Office as IUCN started its operations in the region from Pakistan. He congratulated Pakistan for hosting the WED event in a few days. It is tough and a high-level expectation. He hoped that this year the celebration of the World ED will be much more successful to bring back the celebration and commemoration. He said that Pakistan has a lot of potential of expertise and resources from which the entire region can benefit.
Dr Roomi S Hayat, the chairperson of the IUCN Pakistan National Committee, welcomed Mr Dino Campilan, Regional Director in his new role and hoped that the new change will be a new beginning of IUCN and a positive step towards achieving its goal and fulfillment of its mission. He appreciated the role of Mr. Malik Amin Aslam for bringing Pakistan into the limelight at the global level through mega environmental initiatives being carried out under his leadership.
Mr. Mahmood Akhtar Cheema, IUCN Country Representative said that IUCN Pakistan is implementing the various projects in collaboration with IUCN Members. He said that IUCN Pakistan is planning to organized various events for highlighting the importance of World Environment Day and launching of the UN Decade on Ecosystem Restoration and invited the members to join IUCN Pakistan.
Senator (Retired) Javed Jabbar appreciated the efforts of the Pakistan National Committee towards conservation and on behalf of Baanhn Beli and Strengthening Participatory Organization offered their support for the World Environment Day celebrations.
Afia Salam, President, Baanhn Beli, briefed the members about the visit of the IUCN Members and Commission Members for observing the ecological status of Bundle Island.
Hammad Naqi, Director-General, updated the members on the River Ravi Development project. He said that the honorable court has ordered for stopping the work on the project. The second writ petition against the land acquisition has also been submitted.