LONDON: The head of UK Anti-Doping, Nicole Sapstead, is leaving to take up a new role with the International Tennis Integrity Agency after 12 years with the organisation, UKAD said on Thursday. Sapstead, who has been chief executive of UKAD for six years, will become the ITIA’s Senior Director for Anti-Doping. “I am delighted for Nicole on being selected for a new role at the ITIA, where she will lead the sport’s worldwide anti-doping programme,” UKAD chair Trevor Pearce said in a statement. “She will take her considerable knowledge of anti-doping and the working of a national anti-doping organisation (NADO) to a global sport and importantly develop her interest in building a consolidated response to integrity issues across sport.”

The far-reaching ITIA was established in January by the governing bodies of tennis (ATP, WTA, ITF and Grand Slam Board) as a fully independent body to safeguard the integrity of professional tennis worldwide. It was previously known as the Tennis Integrity Unit (TIU), investigating corruption and match fixing. ITIA chief executive Jonny Gray said: “Nicole brings extensive knowledge and experience to the role after many years at UKAD and we are thrilled to have secured such an experienced and well-regarded operator.” Sapstead will oversee the integration of the Tennis Anti-Doping Programme, currently managed by the International Tennis Federation (ITF), into the ITIA set-up. “Nicole will ensure that on 1 January 2022 there is a seamless transition from the ITF to the ITIA,” Gray said. “There can be nothing more important than clean sport, whether that is in terms of match fixing or anti-doping and the Governing Bodies of Tennis have made a very clear commitment to just that through the establishment of the ITIA.” Sapstead will remain with UKAD until August. 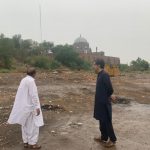