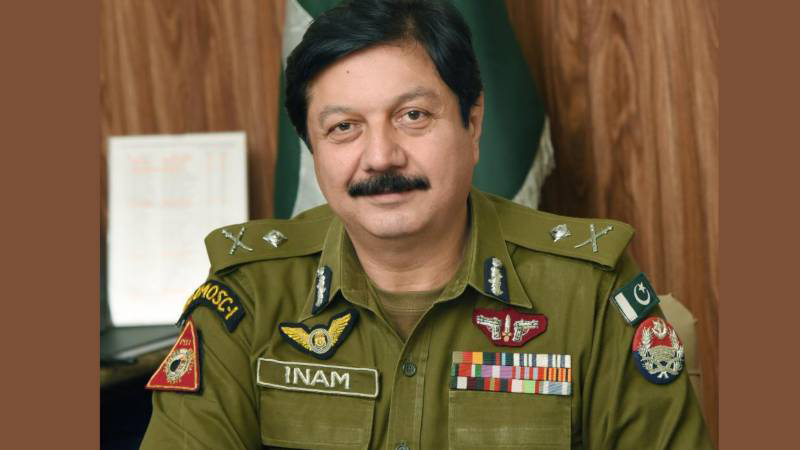 Inspector General of Police (IGP) Punjab Inam Ghani on Thursday said that officers must work hard and adopt an open door policy and serve the citizens with utmost decency to improve the image of the police.

He issued these instructions while talking to trainee ASPs in a six-member delegation of 47 commons at the Central Police Office. The delegation included six trainee officers sent to Punjab by the federation.

Talking to the trainee ASPs, IG Punjab said that police service is a sacred profession in which the world and the hereafter can be improved by serving the oppressed citizens, so all officers should make their job their lifestyle, and their qualifications and duties should prove to be a true protector of the people through knowledge and dutifulness.

The IGP stressed that the citizens visiting the offices should be treated with kindness and gentleness and no effort should be spared with sincere intention to solve the problems of the citizens under the open door policy.

Expressing commitment to fully implement the vision and policy guideline of IG Punjab, the young officers said that they will use their abilities to the best of their ability to serve, facilitate and protect the citizens. At the same time, they will ensure all possible measures with the available resources. They further said that they will do their best to fulfill the important responsibility of public service and security entrusted to them with utmost honesty and sincerity.

The Police chief continued that maintaining law and order and writ of state in the society, protection of life and property of citizens and immediate solution of their problems is the primary responsibility of Punjab Police. Therefore, all supervisory officers have their departmental responsibilities while performing their duties in the best possible manner and they should not only become the hands and arms of the oppressed and deserving citizens, but also play their best role in providing justice to the people with the best possible performance from the subordinate staff.

He further said that efficient use of modern information technology is the need of the hour to improve service delivery, therefore young officers should use modern technology, high professionalism and the spirit of service to the people as their motto to improve the relationship between the police and the public.

The police chief noted that in the beginning of the career, preference should be given to postings in difficult places and officers must do their jobs thinking with the aim of learning- knowing nothing, because this is the thinking that teaches you and moves you forward.

He further said that it is the responsibility of the supervisory officers to get the best performance from the subordinates so that they can be given all possible confidence by adopting gentle speech, politeness and good manners with the force so that they can serve the people and eradicate crime.