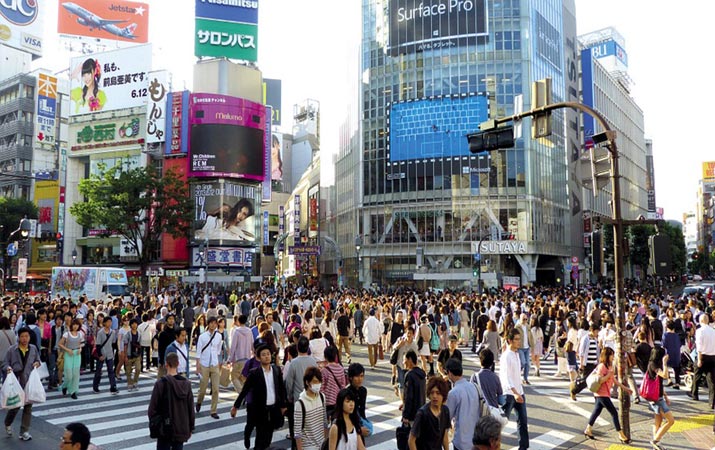 Asian markets fell Wednesday as investors struggled to break out of a long-running cycle of volatility, with optimism over the economic recovery playing off against fears about inflation, while oil prices extended their losses on reports of a possible breakthrough in the Iran nuclear talks.

Bitcoin was also taking another beating after China’s central bank said cryptocurrencies cannot be used for payments, adding to the unit’s woes after recent comments from tycoon Elon Musk and Tesla.

After a broadly healthy start to the week, regional traders went into selling mode early Wednesday following a retreat on Wall Street where technology firms were again the whipping boys with Apple, Amazon and Facebook all losing more than one percent.

Focus is back on the impact that an expected burst of economic activity this year will have on inflation, which many warn could force central banks — particularly the Federal Reserve — to wind back their ultra-easy monetary policies, including possibly hiking interest rates.

That is despite repeated pledges by bank officials that they will not move for the foreseeable future. Traders will be closely reading through the minutes of the Fed’s April meeting when they are released later in the day, hoping for an idea about the board’s thoughts on its response to rising prices.

“The key to inflation will be if we see enough wage growth as the labour market recovery continues to bring back many low-paying jobs,” said OANDA’s Edward Moya.

“Bank of America’s announcement to raise the minimum wage to $25 an hour by 2025 shows that the need to lure talent might keep delivering upward pressures on wages.”

Still, he added: “This wage growth trend could have some momentum as corporate America will have to provide more incentives to fill vacancies. Even if the outlook for wage growth accelerates higher throughout the summer, the Fed will stand by their belief that inflation will be transitory.”

Ahead of the minutes, Asian markets were well in the red, with worries about new Covid-19 infections in several countries adding to the selling pressure.

Sydney fell close to two percent, while Tokyo, Singapore, Wellington and Jakarta were all off more than one percent. There were also losses in Shanghai, Mumbai, Taipei and Bangkok.

London, Paris and Frankfurt all lost around one percent at the open.

Energy firms were among those leading the losses as oil prices sank from recent peaks following reports that there had been progress on talks to bring the United States and Iran back into the 2015 nuclear deal.

“A positive outcome here would pave the way for increased oil supply from Iran — the best-case scenario (for oil production, not prices) would be an increase in four million barrels a day from Iran within three months,” said National Australia Bank analyst David de Garis.

Bitcoin tumbled about 15 percent to briefly hit $38,570 — its lowest since early February — after China said digital currencies could not be used in markets as they were not real, adding that firms were not allowed to use the units to price their goods or services.

“It’s no surprise to me, as Chinese capital controls can be challenged by cryptocurrency purchases in the country and transfers out of the country,” Adam Reynolds, of Saxo Markets, said.

“So avoiding use of them in the country is essential to maintaining capital controls.”

Bitcoin has had a torrid time of late, taking a hit after Musk appeared to suggest Tesla was planning to sell its huge holdings of the unit, which came days after the electric carmaker said it would halt using it in transactions because of environmental concerns.

The currency is down about 40 percent from its record high close to $65,000 touched in April and analysts have warned it could go as far as $30,000.