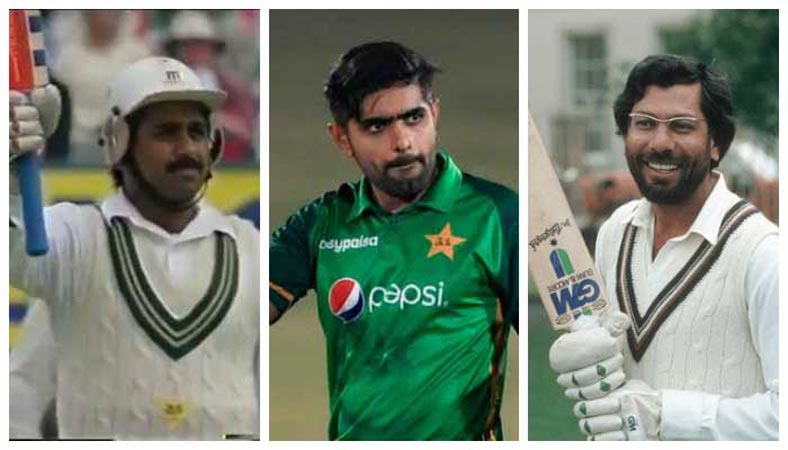 LAHORE: Pakistan cricket skipper Babar Azam has impressed fans and critics alike in the ODI format but he still has miles to cover if he plans to match the records of legends Javed Miandad and Zaheer Abbas. Azam became the first Pakistan cricketer after Mohammad Yousuf to be ranked as the best ODI batsman in the world, after he toppled India’s Virat Kohli to reach the number 1 spot last month. The ICC, after his impressive showing in the recently-held Pakistan-South Africa series, gave him the top spot with 865 points. However, former batting greats Miandad and Abbas, both considered one of the finest batsmen in the world during their era, secured more points in the world rankings. Dubbed the “Asian Bradman”, Abbas’ 931 points is the most for any Pakistan batsman and second-highest overall, only behind Sir Vivian Richards’ 935 points. Miandad had amassed 910 points at one point in his career. There’s much to celebrate for Azam, however, as he managed to become the first Pakistan skipper in history to win four opening Test matches as captain. The in-form Pakistani skipper achieved the feat after the green shirts demolished Zimbabwe to clean sweep the two-match Test series, earlier this month. This was only the sixth time that Pakistan have won six or more consecutive series since 1952 Pakistan defeated South Africa in Tests and T20Is at home earlier this year and then won the T20I and ODI series in the return series before wrapping up the African safari with T20I and Test series wins in Harare. Babar followed his two home Test wins against South Africa with victories by innings margins in Harare. The number-one ranked ODI batsman will now have a chance to get back to his run-scoring form in red-ball cricket when he captains Pakistan against the West Indies (two Tests) and Bangladesh (two Tests) in August and September, respectively.