No NRO to corrupt mafia come what may: Imran 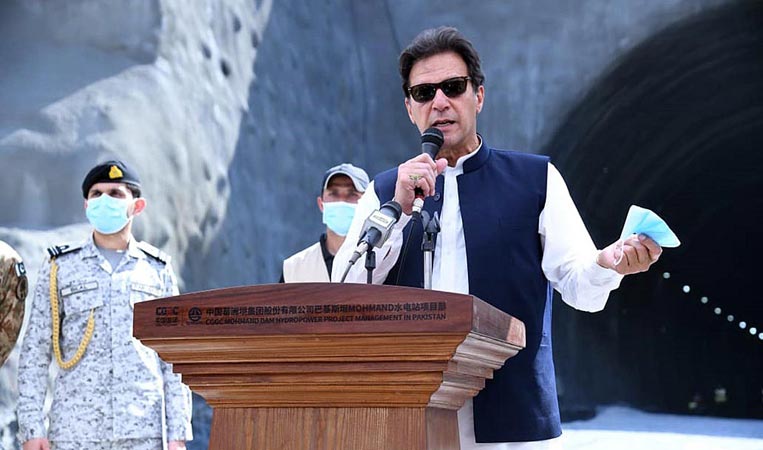 He was addressing at inauguration ceremony of the newly-constructed 2,056 residential flats and Labour Complex projects completed at cost of Rs5.93 billion for industrial workers under PM Naya Pakistan Housing Program at Regi Lalma.

The prime minister said the developed countries had made robust progress due to supremacy of rule of law and investment for developing human resources. He said Pakistan can achieve remarkable success in every field of life by strictly adhering to the principles that formed the foundation of Riyast-e-Madinah which brought positive revolution, leading to emergence of Muslims in the world.

The prime minister said Pakistan has full potential to become a developed country by subjugating the corrupt elements. “The corrupt mafia has again joined hands to protect their plunder and corruption but I would not give them NRO, come what may,” he said, adding the nation has knowledge of some corrupt elements who escaped to London in a bid to protect themselves.

He said PTI government is striving for socio-economic empowerment of downtrodden and poor segment of the society and has launched the landmark Universal Sehat Insurance Programme to provide free medical services to people. He said KP was the first province that launched flagship project of universal health coverage programme under which its every resident, having computerized national identity card, could avail free treatment up to Rs 1 million in any part of the country.

He said Sehat Card Plus programme has brought about a revolution in health sector in KP, by benefiting large number of people who could not afford expensive treatment. Imran Khan said the Sehat Card Plus was an example to encourage private sector to establish quality hospitals in cities and villages besides bringing significant improvement in current healthcare system.

The PM referred to a recent published report of UNDP that pointed out significant decrease in poverty and gap between rich and poor besides enhanced development of human resources in Khyber Pakthunkhwa after 2013, and said that it spoke of success of PTI’s Government reforms and goal-oriented policies. As result, PTI had achieved two-third majority in KP during the last general election that was unprecedented in the provincial history, he added.

Separately, Prime Minister Imran Khan said the construction of 10 dams and hydropower projects initiated by the present government in 2018 and to be completed by 2028, would make eight million acres of land cultivable and ensure food security, besides generating cheaper electricity. Talking to newsmen on the occasion of his visit to oversee the progress on the construction of Mohmand Dam, he regretted that despite having the large potential, no dams were constructed in Pakistan after the decade of 1960s or over the last 50 years. Contrary to China which had constructed 80,000 dams, including 5000 big dams, Pakistan has only two big dams, he added.

The prime minister said 10 dams, including Bhasha and Dasu, would be constructed under the vision of Clean and Green Pakistan and in view of the climate changes. He said with the growing population, the construction of dams and water reservoirs was a must to tackle the challenges of food security. Despite bumper wheat crop this year, the country would have to import the commodity to fulfill its demand, he remarked.

The prime minister, in response to a question, said the previous rulers instead of initiating dams and hydropower projects opted to take an easy path of signing expensive power generation contracts with independent power producers (IPPs) and made money through commissions and kickbacks. Instead of exploiting Pakistan’s hydropower potential of producing 50,000 megawatts of cheaper electricity, they went for expensive power generation agreements with the IPPs, a major cause of circular debt, he regretted.

Imran Khan also mentioned the clause of capacity payment in agreements with the IPPs, which bounded the governments for payment to the private power generation companies even if the electricity produced by them was used or not, as one of the major reasons behind the growing circular debt. He said the power sector circular debt, which was Rs 480 billion in 2018, swelled to Rs 900 billion at present and would reach Rs 1,455 billion in 2023.