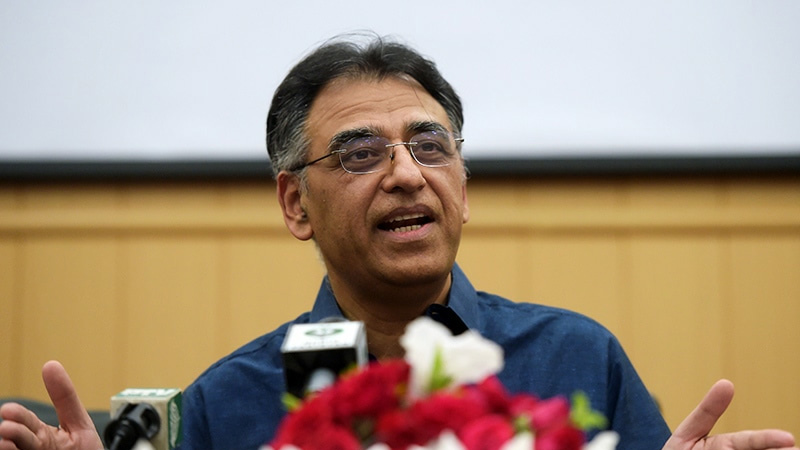 The National Command and Operations Centre (NCOC) on Wednesday allowed the reopening of schools in districts with less than 5% coronavirus positivity ratio.

The development came after NCOC chief Asad Umar presided over a meeting, with Special Assistant to Prime Minister on Health Dr Faisal Sultan, provincial chief secretaries and other members in attendance via video link.

According to a press release issued after the meeting:

Educational institutes in districts with less than five per cent positivity rate will be reopened from May 24.

Educational institutes in all districts will be reopened in a staggered manner from June 7.

All matric and intermediate exams will be held after June 20. All professional and non-professional exams will take place on a case-to-case basis as recommended by the Ministry of Education.

Outdoor restaurants will stay open daily till 11:59pm while takeaway will be allowed 24/7 from May 24.

Tourism sector will be reopened under strict Covid-19 protocols from May 24.

Outdoor marriage ceremonies will be allowed with a maximum of 150 people from June 1.

Elective surgeries will be reopened from June 1.

In its meeting, the NCOC also decided to reopen the Gadani and Misri Shah industries from May 20. The forum urged compliance on wearing masks and said broader lockdowns would be implemented with stringent enforcement protocols based on risk assessment.

Meanwhile, the current policies for inbound travel and Land Border Management would continue, the release stated. The NCOC said a detailed review would be held on May 27 and June 7, adding that monitoring of disease prevalence and critical healthcare system was being carried out on a daily basis. “Necessary steps will be taken accordingly, whenever deemed appropriate to control the disease spread,” the NCOC said.

Pakistan neared another grim landmark of 20,000 fatalities on Wednesday when the country reported 104 new deaths from coronavirus. As per the official data by the NCOC, 41,771 tests were conducted on Wednesday from which 3,256 returned positive. The total caseload of confirmed virus cases in the country is 886,184. At least 104 lost their lives to the contagion, raising the nationwide death toll to 19,856.

Earlier in the day, NCOC chief Umar cautioned that while restrictions were being relaxed, there were still 4,500 Covid-19 patients in hospitals on oxygen. “If we immediately try to open a lot of things then God forbid, [it might happen] that we have to close everything again as we saw in the region.”