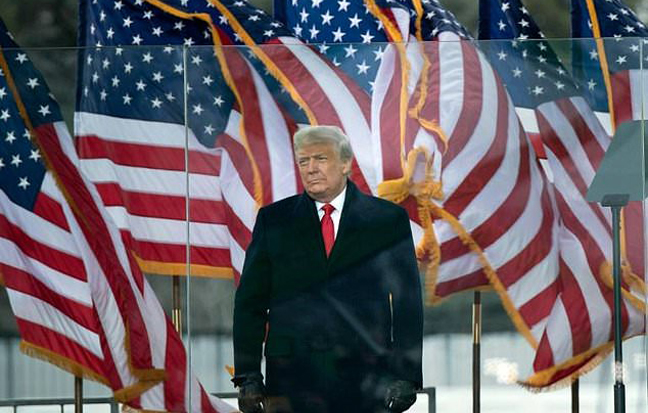 Since leaving the White House in January after his defeat to Joe Biden, the former businessman and reality TV star retains a strong hold on many Republican voters — despite losing his powerful social-media megaphones of Twitter and Facebook.

He denies wrongdoing, and has described a parallel criminal investigation by Manhattan’s district attorney as “a continuation of the greatest political witch hunt in the history of our country.”

The attorneys general in both Manhattan and New York state are Democrats.

“We have informed the Trump Organization that our investigation into the organization is no longer purely civil in nature,” said a spokesman for the state’s attorney general Letitia James.

“We are now actively investigating the Trump Organization in a criminal capacity, along with the Manhattan DA,” spokesman Fabien Levy said.

The organization is the holding company for hundreds of Trump entities, ranging from hotels to golf courses.

James’s office has otherwise been investigating allegations of bank fraud and insurance fraud through civil proceedings.

The district attorney’s investigation initially focused on hush payments made to two women who allege they had affairs with Trump, but had expanded to allegations of tax evasion, and insurance and bank fraud.