There was no other option than filing reference against Justice Faez Isa: President Alvi 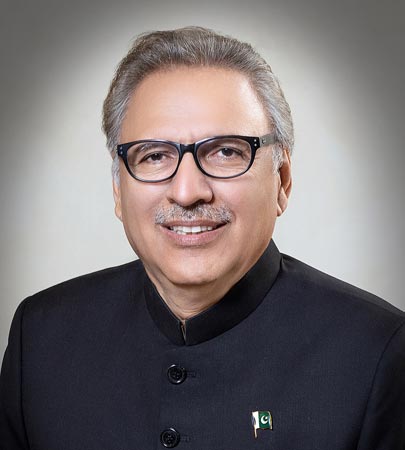 President of Pakistan on Wednesday said that filing reference against Supreme Court judge, Justice Qazi Faez Isa, was constitutional and all legal requirements were fulfilled, since there was no other way.

The President, said his office does not have an investigation authority, and if he would have done so, the Supreme Court would’ve been quick to question his authority to investigate. Instead of Supreme Judicial Council (SJC), should he have investigated the matter through private sector or via FIA, he questioned?

The president expressed this while giving an interview to a private media channel, during which he was seemingly piqued over the questions he was asked.

The President asserted that Reference was clear and based on correct information, denying any weakness. He said properties mentioned in the reference were present, which were not declared, and the court hasn’t accepted the money trail as well, as he awaits the detail verdict.

Dr Alvi said that he respects the Court’s decision, but reiterated that SJC is the only forum for any investigation case pertaining to the judiciary.

Last month, the SJC decided not to proceed further on the reference against Justice Faez Isa, after Supreme Court — with a majority of 6 to 4 — allowed the review petitions filed against its earlier order for the Federal Board of Revenue (FBR) to conduct an inquiry into the foreign properties of the family members of apex court judge Qazi Faez Isa.

Meanwhile, the President also defended reference, seeking open balloting in the senate elections, and revealed that opposition parties were already on board, citing one of his meeting with the former Prime Minister and PML-N supremo Nawaz Sharif nearly four years ago, in which he also demanded open balloting in senate polls over fears of horse trading.

He said, he is ready to host political parties on electoral reforms, but instead these parties debate such issues on TV.

He lamented those criticizing electronic balloting are “uninformed” stating that E voting is just a measure of counting the votes on modern technique.

When asked, is there any truth to speculations that Pakistan People’s Party’s (PPP) policies are allegedly becoming pro-establishment, the President remarked, he is not privy to any such information, but emphasized that cooperation is necessary in many areas.

The president, however said that PTI suffered some loss following failures in recent by-polls, and PTI must investigate. But he maintained, that the by-polls reflected free elections, but hinted that recent price surge may have been a major reason of defeat in the polls.

Meanwhile, the President urged that Muslim Ummah should be clear on Palestine issue, and that there is only one state solution to the crisis. He denounced the recent atrocities committed by the Israel, and said that it should know that attacking Palestinians with rockets will not bring solution.

He stated that Muslim Ummah lacks capability to confront Israel unliterally, hence it should at least work towards creating international opinion.