A bilateral meeting preceded the delegation-level talks. They reviewed the entire gamut of bilateral relations from political, defense, and security to economic, trade, and investment ties, education, science and technology, culture, tourism, and multilateral cooperation.
Welcoming the steady progression in multi-dimensional bilateral relations over the years based on mutual trust and understanding, the two sides renewed strong desire and commitment to consolidate and further enhance cooperation in diverse fields in line with their shared objectives of peace and development. They noted the importance of regular interaction and dialogue under existing mechanisms and the exchange of high-level visits to provide momentum to the relationship. Thailand’s “Look West” and Pakistan’s “Vision East Asia” policies complement each other.
The foreign secretary highlighted Pakistan’s focus on ensuring economic security leveraging its geo-economic location, development partnerships, and regional peace and security. He stressed the importance of translating the longstanding friendship, shared heritage, and political goodwill between Pakistan and Thailand into a substantial economic relationship for greater mutual benefit.
Both sides agreed to work together for the early conclusion of a mutually beneficial bilateral free trade agreement. Foreign Minister Shah Mahmood Qureshi has also extended an invitation to Deputy Prime Minister and Foreign Minister of Thailand Don Pramudwinai for the next round of Joint Economic Commission (JEC) to be hosted by Pakistan.
The recent signing of the bilateral MOU on defense cooperation was welcomed and it was decided to expedite several other agreements in the pipeline, including in the fields of agriculture and science, and technology. It was agreed to enhance tourism, cultural cooperation, and people-to-people exchanges. Pakistan was particularly keen to promote and facilitate tourism to its Buddhist Gandhara sites.

In terms of regional perspective, the Foreign Secretary briefed about Pakistan’s constructive role in promoting peace and reconciliation in Afghanistan and the imperative of a just and peaceful resolution of the Jammu and Kashmir dispute for regional peace and stability. Permanent Secretary Thani Thongphakdi shared a perspective about the Pakistan-ASEAN relationship. The Foreign Secretary reiterated Pakistan’s desire for a Full Dialogue Partnership with ASEAN and thanked Thailand for its consistent support in this regard.

It was agreed to continue to remain engaged on all issues of mutual interest and enhance the frequency of high-level exchanges between the two countries. 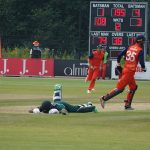 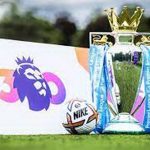 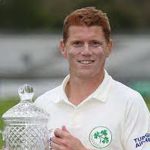