Rotterdam defies pandemic to open up for ‘Eurovision’

* The theme was actually chosen before coronavirus swept the globe and forced the cancellation of the 2020 edition, but it has proved uncannily apt 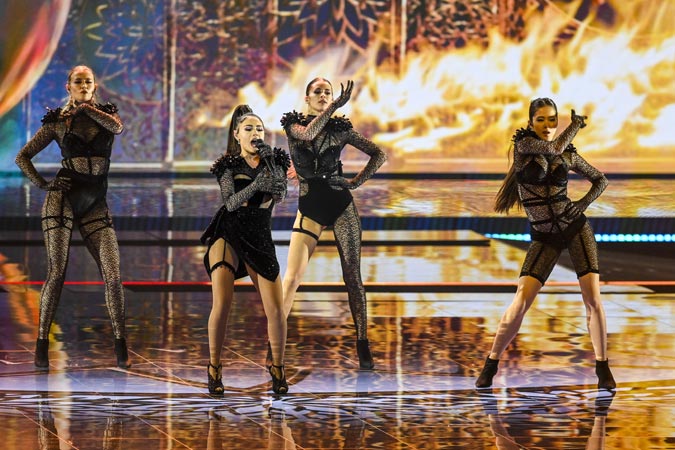 The mood is defiant among the trickle of flag-waving Eurovision Song Contest fans who have made their way to Rotterdam — like the mood of the Dutch port city itself.

A huge artwork outside the Ahoy Arena is emblazoned with the words “Open Up”, the theme for this year’s version of a televisual spectacle that is meant to bring Europe together in song.

The theme was actually chosen before coronavirus swept the globe and forced the cancellation of the 2020 edition, but it has proved uncannily apt.

Rotterdam is now cautiously leading the way for Europe’s gradual reopening from Covid-19 and for other major events like the Euro football tournament and the Tokyo Olympics.

Rotterdam has glitzed up ahead of the first semi-final on Tuesday, with names of former winners including Abba’s “Waterloo” festooned across the city’s harp-like Erasmus bridge.

“We do think that this is the stepping stone to the next chapter,” Dave Geensen, Project manager for the Eurovision Song Contest in Rotterdam, told AFP.

“Right now we are in a phase of adjusting, and the next step obviously would be ‘opening up’.”

Geensen said they had to “reinvent ourself and come up with resilience and contingency planning” to hold a safe contest in the midst of a global pandemic, but it was worth it.

“These are times where we are debating each other, fighting a pandemic. Now it’s also time to have some fun.”

Rotterdam is taking no chances in a country that has averaged 5,000 Covid-19 cases a day over the past week, and where vaccination has been sluggish.

Eurovision contestants are confined to a bio-secure “bubble”, while shows in the Ahoy Arena including Saturday’s final are limited to just 3,500 fans — 20 percent of the venue’s capacity. Everyone on site must be regularly tested.

But there have already been scares, with four teams being nixed from Sunday’s opening ceremony. Delegates from the Polish and Icelandic teams tested positive for Covid-19 and Malta and Romania are staying away as a precaution because they are staying in the same hotel.

Travel restrictions meanwhile have kept all but a handful of the normally tens of thousands of fans from venturing to the Netherlands.

The usually vibrant Eurovision village where fans and contestants can meet has also been turned into an online-only event.

But the city has put its best foot forward in the form of attractions like a huge replica of the iconic microphone-shaped trophy for fans to pose with.

One French fan who made the journey from Val-d’Oise near Paris was handing out badges with a picture of French entrant – and favourite to win – Barbara Pravi.

“She’s a charismatic singer, crazily talented, her voice is like crystal and she’s got everything she needs to win,” said the fan who gave his name as Dalessio.

He said he missed the usual fan events but “admired” the efforts made by Rotterdam.

Dutch fans are supporting this year’s entry Jeangu Macrooy, hoping the Surinamese-origin singer can pull off a repeat of Duncan Laurence’s win in 2019 in Tel Aviv.

Laurence’s success earned Rotterdam the right to host the contest.

“I’m really a fan of Jeangu from the Netherlands, I really like his song,” said Mindy Masselman, 19, a student from Utrecht.

Another local fan, waving a scarf for the cameras in front of the trophy replica, said it was “once in a lifetime that the Eurovision is in your country, so I’m very proud”.

Rescuing Eurovision after the first cancellation in its six-decade history was itself a symbolic act for a city that had to be totally rebuilt after Nazi Germany bombed it in 1940, said Reinier Weers, Rotterdam city programme coordinator.

“There is a typical Rotterdam spirit I think and it has to do with the resilience of the Rotterdam people,” he said.