Urvashi Dholakia records hour-long ‘atrocity’ outside her home at 2am

* She wrote, 'This is what is happening in Juhu scheme at 2am!' 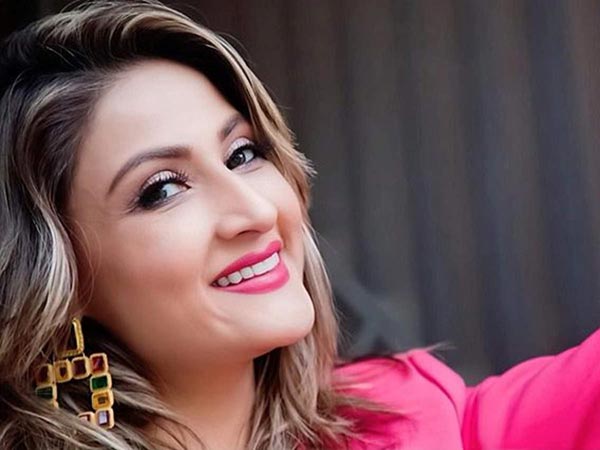 TV’s original ‘Komolika’ Urvashi Dholakia had a sleepless night on Monday (May 17) owing to the midnight disturbances outside her home in Juhu scheme.

In the wee hours of Tuesday (May 18) she took to Twitter to rant about the noise to her fans, informing them that there was construction work going on outside her home at 2 am which left her fuming in anger.

She wrote, “This is what is happening in juhu scheme at 2am ! I wonder how is this even allowed !! & who grants this permission? More-so these guys are without masks! Yes I must thank @CPMumbaiPolice for promptly arriving at the scene & taking charge of the situation.”

After the situation was seemingly under control, Urvashi again took to Twitter to inform that the work continued even after the police intervention.

She informed, “It is now 2:50 am and the work still continues!!! @CPMumbaiPolice instead of making sure this doesn’t happen u left after a few minutes of discussion Thanks! I understand they’re doing their jobs but why can’t this be done during the day?Lockdown hai na?So din Bhar sote hain kya!”

After the situation was seemingly under control, Urvashi again took to Twitter to inform that the work continued even after the police intervention

The ‘Kasautii Zindagii Kay’ actress further expressed her anger over the ordeal and said that she and her mom had been denied the right to sleep.

“We all are anyway loosing our sleep during these tough time’s & with this atrocity we’ve been denied even the little bit of sleep that is our right !My mom of 85 years is wide awake as this is happening right under our home!Who’s given permission? @CMOMaharashtra @CPMumbaiPolice,” she continued in the Twitter thread.

Urvashi’s final tweet about her noisy ordeal came at 3:10 am when she wrote, “Latest video at 3:10 am ! Clearly we the public are useless entities! We can’t work, we can’t go out, we can’t sleep, what else can’t we do now? Can we breathe ?? And live in peace ? Jai Ho Folded hands @CPMumbaiPolice @CMOMaharashtra over an hour of absolute torture in a residential area.”

The actress had attached videos of the construction vehicle and workers with all her tweets as proof and appeared to be quite dismayed by the whole situation.

Urvashi entered the field of acting at an early age and has acted in several TV shows ever since but it was her portrayal of bong beauty Komolika Majumdar in Ekta Kapoor’s ‘Kasautii Zindagii Kay’ which made her a household name.

The Balaji Telefilms’ production was a major hit back in the days and Urvashi tasted stardom with the character of Komolika.

The show got a spin-off last year and Hina Khan stepped into the shoes of Komolika. However, due to her movie commitments, she left the show midway, making way for Aamna Sharif.

Urvashi was the winner of the popular reality show ‘Bigg Boss 6’.