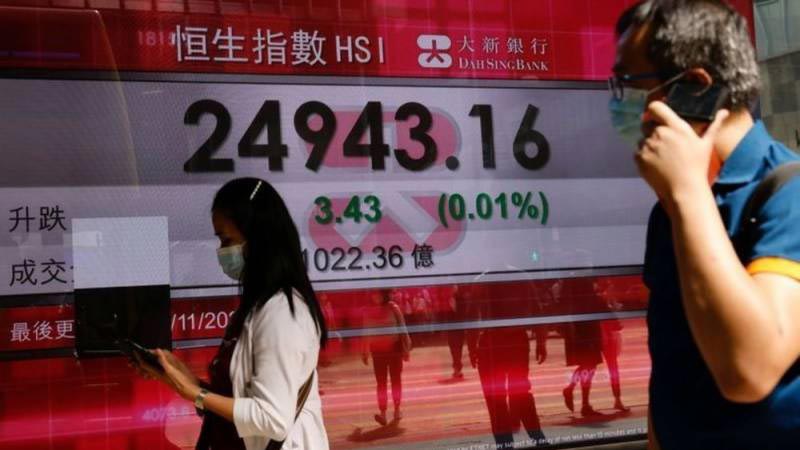 Markets rallied in Asia and Europe on Tuesday as investors looked past rising coronavirus infections in the region and bet on global recovery, with Tokyo brushing off data showing the Japanese economy shrank more than expected in the first quarter.

Traders built on a broadly positive previous day, despite a retreat on Wall Street, bringing some much-needed stability after last week’s topsy-turvy performance as Federal Reserve officials continue to reassure that fears of long-term, red-hot inflation were misplaced. The key event this week is the release of minutes from the US central bank’s April policy meeting, which will be scanned for clues about board members’ views on price rises as the world’s top economy bursts back to life as vaccines allow further reopenings.

There is a worry that the explosive rebound will push inflation so high that the Fed will have to tighten interest rates or wind back other easing measures to keep the situation from running out of control. In the latest bid to soothe concerns, Fed Vice Chair Richard Clarida said “it may take more time to reopen a $20 trillion economy than it did to shut it down”, while Atlanta Fed chief Raphael Bostic told CNBC that not enough progress had been made in fighting unemployment to warrant making any moves now.

Joblessness was still eight million above pre-pandemic levels, he said.

BlackRock Investment Institute strategists led by Jean Boivin, said: “Hotter inflation has materialised and market volatility is rising as the economic restart gathers pace. This is playing out in line with our view that the economy is in a ‘restart’. “We prefer to look through any volatility and see a later ‘lift-off’ from zero rates than markets expect. This means higher-than-expected inflation in the medium term, and underpins our pro-risk stance.”

Tokyo led gains, piling on more than two percent in the face of data showing the Japanese economy contracted more than expected in the first three months of the year, breaking a run of two straight periods of growth, as it was hit by new containment measures.

Major parts of the country, including Tokyo, have been under states of emergency, with people urged to stay at home and restaurants told to close earlier. The outbreak has raised concerns that the already delayed summer Olympics could be called off again.

Hong Kong, Seoul, Singapore, Mumbai and Bangkok rose more than one percent, while there were also gains in Wellington, Sydney and Shanghai. London, Paris and Frankfurt all powered higher in early trade. Taipei soared more than five percent as tech firms enjoyed some bargain-buying, having been battered in recent weeks by inflation fears — tech firms are more susceptible to higher interest rates.

The index has also been suffering as Taiwan is hit by a surge in virus cases. Singapore was also well up on bargain-buying but traders there are also taking fright at a jump in infections. Shanghai, Wellington and Manila were in the red.