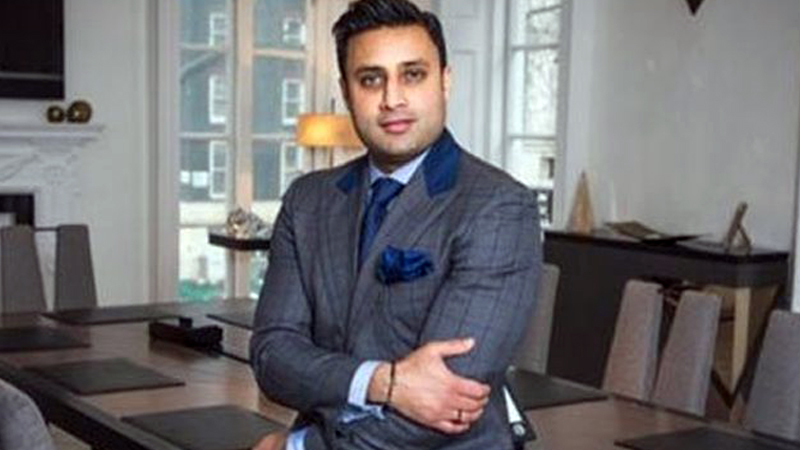 Zulfi Bukhari who resigned from his position as Special Assistant to the Prime Minister on Overseas Pakistanis on Monday,over the allegations levelled against him in the Rawalpindi Ring Road (RRR) project scam, came as a welcoming move.

Zulfi took a high moral ground, which he explained was in accordance with the vision of the Prime Minister Imran Khan, as he wanted to set an example.But Zulfi wasn’t the only one who was named in the initial inquiry, Federal Minister Aviation Ghulam Sarwar Khan was also allegedly involved in R3 scam, but he instead resorted to hold a presser to defend himself against the allegations.

It is striking that one member of the PM Khan’s core team sets a moral standard and steps down, but the other member resorts to using the quintessential political victim card.

Following Zufi Bukhari’s resignation,come what may, the onus is now on Sawar Khan to bow out with grace and step down,or be ordered to resign by the PM himself before the inquiry concludes.

It is worth mentioning that PM Khan on Tuesday expressed displeasure over Sarwar Khan’s press conference. In a cabinet meeting, PM khan questioned Sarwar, and inquired reasons behind his presser, despite his name was not in the inquiry report, to which the federal minister responded that his name was being maligned on social media and he suspects that there is a vicious campaign being led against him. Sarwar also accused the Punjab government for seemingly conspiring against him, since he asserted that the terms of references (TOR’s) of the inquiry were managed to target him.

The pressure mounted on the government members allegedly involved in the scam to resign, after six officers of the district administrations of Rawalpindi and Attock were earlier removed from their posts by the Punjab government after a fact-finding committee submitted its report to the chief secretary, in connection with changes made to the alignment of the proposed Ring Road Project.

On Monday, taking to twitter, SAPM Bukhari said he was stepping down until his name was cleared of “any allegations and media’s obnoxious lies”. While recalling Prime Minister Imran Khan as saying that “if a person has been named rightly or wrongly in any inquiry he should cease to hold any public office till his name has been cleared of charges.”

“Owing to the allegations in the ongoing Ring Road inquiry I want to set this example by resigning from office until my name is cleared up of any allegations and the media’s obnoxious lies,” he claimed.

The Premier’s aide reiterated that he had “nothing to do” with the Ring Road or any other ongoing real estate project. “This time the inquiry should be done by capable personnel, I endorse a judicial inquiry,” he said.

Bukhari further said that he’s here to stay in Pakistan and will continue to stand united with Prime Minister Imran Khan and his vision. “I sacrificed my life overseas to come and serve my country, I am ready to face any inquiry.”

Bukhari’s resignation may not have come as a surprise, since the removal of senior officers, the pressure was mounting over the government for making some bureaucrats scapegoat.

Earlier, the sources privy to the inquiry have already claimed that an inquiry will be started after Eidul Fitr as the chief secretary had first formed the fact-finding committee to see whether allegations submitted to the prime minister were valid or not.

The sources had claimed that it was not the issue of officials’ involvement but instead involved two groups in the ruling Pakistan Tehreek-i-Insaf (PTI) who were struggling against each other due to which the project was halted. It was alleged that the length of the road was increased to give way to housing societies patronised by some local politicians and the original map of the Ring Road was changed and more new roads were added to it.

A couple of days back, the Prime Minister Imran directed for a full-fledged inquiry into the RRR project scam after which the Punjab government decided to send the case to the Federal Investigation Agency (FIA) or the National Accountability Bureau (NAB) for thorough investigation.

The decisions were taken after two fact-finding reports, one by the Rawalpindi Commissioner and the other by the Deputy Commissioner landed at the PM’s office, with the second report hinted that the project had been realigned with the approval of Punjab Chief Minister Usman Buzdar and his finance adviser Dr Salman Shah. While the new inquiry has been already ordered by the PM, rumours have been running wild in the power circles in Islamabad that some close aides to the Prime Minister were already unhappy with Bukhari, since he was reportedly pushing postings and transfers of the bureaucracy.

Meanwhile, Ghulam Sarwar Khan, held a presser at the Press Information Department (PID) to clarify his position before the media regarding the entire episode.

He categorically denied any links with the housing societies from which the government acquired land for the RRR project. He said he and his family would leave politics for life if it is proved that even one marla from the starting point to end point of the RRR belongs to me, my brother, my son, or any member of my family. The minister also vowed to issue a defamation notice to the person who had levelled allegations against him and challenged him to prove that land acquired for the project was ever taken, sold or kept by the minister. “A lot of politicians and bureaucrats have linkages with housing societies. People from the journalist community have linkages too. I do not have any linkage. My family has no linkage with any society or any monetary benefit from a society,” he clarified.

He added that he was ready to face all allegations if the person approached the courts with documentary evidence though it was unclear whether he was referring to PML-N’s Tarar or journalist Imran Khan who the minister claimed had “made the RRR project’s alignment a scandal and made an effort to link him with it. Talking about the inquiry committee that investigated the scam, Sarwar Khan said that the report finalised by the convener of the committee, the Rawalpindi commissioner, had not been endorsed by two members of the four-person committee who submitted a separate report. The minister further claimed that an alignment for the project was finalised in 1970, according to which the starting point was near Rawat while the end point was the Thalian Interchange after which the traffic would emerge on the motorway. However, the National Highway Authority (NHA) had reservations and said the alignment was not technically feasible, he recalled. As the inquiry is underway, it is reported that Zulfi Bukhari is in the clear, and will soon return with grace. Federal Information Minister Fawad Chaudhry has already confirmed that so far, there is no evidence of the involvement of any minister or adviser in the Rawalpindi Ring Road (R3) project, and stated that both government functionaries have been “wrongly dragged into the matter.