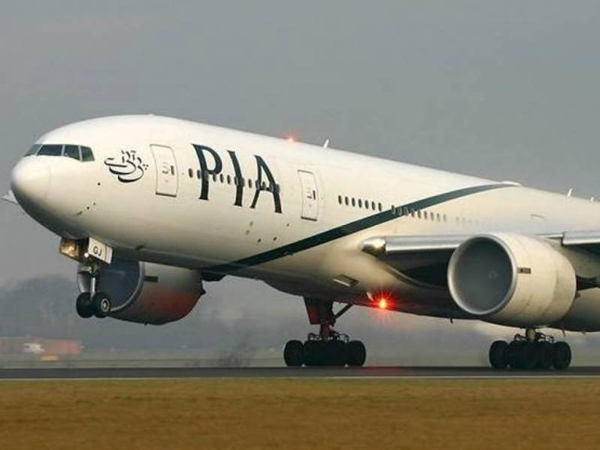 KARACHI: The Pakistan International Airlines (PIA) on Tuesday resumed flight operations for the Zhob district of Balochistan after a period of two years.

The people of Zhob and Quetta had been demanding for restarting of the flight for a long.

Flight PK-528 departed from Karachi at 7:25 am and landed at Zhob Airport, while a return flight PK-529 also departed for Karachi.

Earlier, the flag carrier resumed its flight operation between Lahore and Islamabad, which were suspended for months due to the rising coronavirus cases.

Flight PK-650 carrying 26 passengers, took off from Allama Iqbal International Airport to Islamabad was welcomed by the station manager and staffers on arrival. A cake-cutting ceremony was also organised at the airport.

Meanwhile, it emerged that Civil Aviation Authority (CAA) would charge an additional Rs600 from customers on domestic flights.

Passengers will be charged a CAA fee of Rs600 at the time of booking a ticket, it was reported.

Purportedly, Rs100 will be charged from passengers for security, while Rs500 will be charged as an embarkation fee. The CAA has informed all airlines to collect the amount from customers at the time of booking.

The airlines will collect the fees on tickets and submit them to the aviation authority.