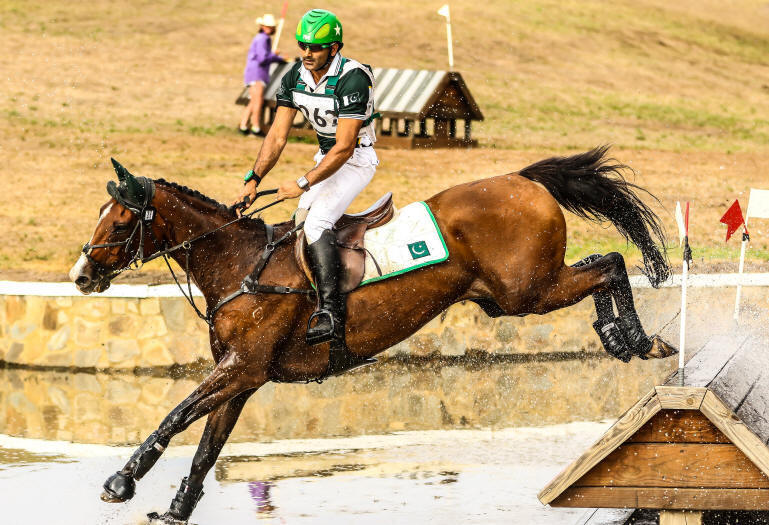 Usman Khan, Pakistan’s top horseman, met a horrible accident when he was only a few meters away from retaining his place in Tokyo Olympics.

He was seriously injured as he got bruised ribs and a head injury, and his horse “Kasheer” died in the accident.

Usman was sure to be a part of the Olympics before the Covid pandemic broke out as he had already qualified by completing the required MERs with his horse ‘Azad Kashmir. Tokyo Olympics got delayed due to Covid, and his horse died in the meantime.

He then needed to complete 5 MERs with a new class- four horse to be eligible for the Olympics, and he was very close to achieving the milestone before he had this horrific accident.

“We don’t have to start from scratch because I was able to get 3 MER with Kasheer, which means I might need far less MER now to qualify,” Usman told Geo.

Usman is uncertain about his fate in Olympics as he awaits a response from FEI in the next couple of days.

He would need to achieve any targets set by EFI before 21 June to retain his place in the Tokyo Olympics.

Usman faces the problem of finding a new four-star horse in such a short period of time. He complained that he is not getting any help from the government of Pakistan.

He said that he contacted the IPC minister twice for a backup horse when his previous horse, “Azad Kashmir” died, but he did not get a positive response from the authorities. He added that there were mere claims, and he got no help at all.

The resilient Australia-based equestrian is still very confident and hopeful of making it to the Olympics, which will be held in Japan later this year.

He said that he would continue trying to keep the Olympics dream alive for Pakistan until the last drop of his blood.