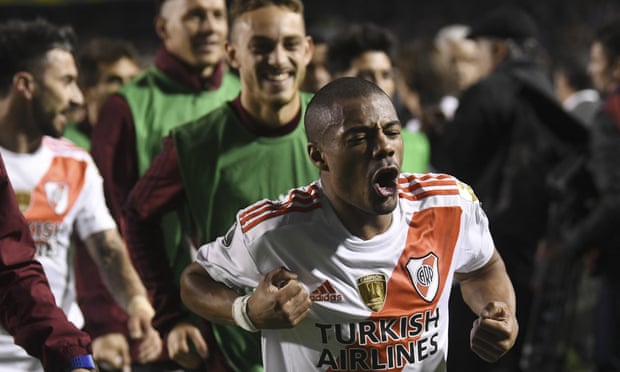 The new cases came after 15 players tested positive for Covid-19 ahead of Sunday’s Argentinian League Cup game with arch-rivals Boca Juniors, won by Boca on penalties after a 1-1 draw.

The latest wave of infections includes Leonardo Ponzio, Gonzalo Montiel, and Lucas Beltran, who all played in Sunday’s game, and Alex Vigo and Colombian forward Fabian Londono Bedoya, the club reported in a statement.

The outbreak means River coach Marcelo Gallardo currently has only 10 fit players — and no goalkeeper — available for the Libertadores game in Buenos Aires.

The top four goalkeepers in River’s 32-strong pool of players are all unavailable due to Covid-19, and CONMEBOL rules do not allow additional names to be added to the squad for the Libertadores.

Fifth choice goalkeeper Leo Diaz played against Boca Juniors last night, but it is unclear if River will be allowed to select him against Santa Fe.

CONMEBOL allowed clubs taking part in its competitions to name an expanded pool of 50 players for this year’s Libertadores, anticipating the potential of Covid-19 outbreaks to disrupt the tournament.

River Plate, however, only entered a 32-man squad, with Gallardo preferring to work with a smaller group of players. The club is now seeking dispensation from CONMEBOL to add more names to its list of players.