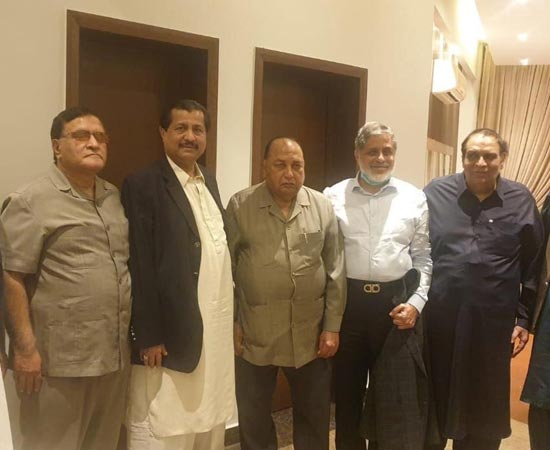 Unfolding the details of core committee decisions taken under the joint chairmanship of Iftikhar Ali Malik and SM Muneer, the newly elected Secretary Information Dr Mirza Ikhtiar Baig told newsmen on Monday that after detailed deliberations, the names Zubair Tufail, a former president of Federation of Pakistan Chamber of Commerce and Industry and Zafar Bakhtawari, a former vice president of Federation of Pakistan Chamber of Commerce and Industry, including himself were proposed and members of entire core committee voted them to power. He said core committee also reposed unwavering and unflinching confidence in the leadership of SM Muneer and Iftikhar Ali Malik for rendering selflessly matchless and remarkable services for the welfare of business community and set aside their volunteer consent to step down from their key positions and asked them continue to hold their responsibilities in the larger interest of the traders.

Zubair Tufail and Zafar Bakhtawari thanked the core committee for electing them with majority votes and assured to serve the business community across the country by help addressing their genuine legitimate problems being confronted them on top priority. SM Muneer and Iftikhar Ali Malik also expressed their gratitude to core committee for acknowledging their life-long meritorious services and asserted that they will keep patronising and guiding them in the shouldering their responsibilities.