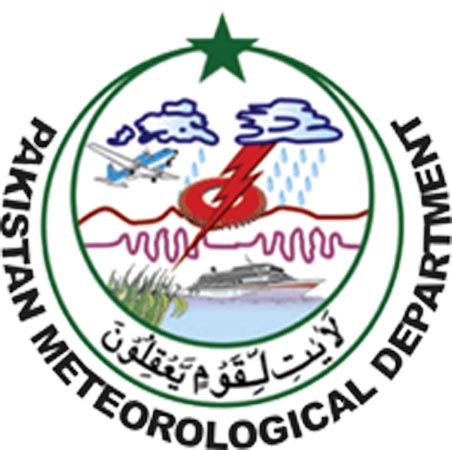 No coastal area of Pakistan is under threat from cyclone Tauktae, the Pakistan Meteorological Department (PMD) confirmed in its latest advisory on the cyclone issued on Monday. PMD has, however, warned of dust and thunderstorm rain with few moderate to heavy falls and gusty winds of 40-60kmph in Tharparkar, Umerkot and Sanghar districts and isolated places of Badin because of Cyclone Tauktae’s influence. The warning has been issued for May 17-May 19.

In addition to this, “very hot and dry weather with occasional gusty winds” is likely to continue in Karachi, Hyderabad, Shaheed Benanzirabad, Badin and Thatta districts till Tuesday. Sea conditions will remain rough to very rough and fishermen of Sindh are advised to suspend their activities till May 19, the PMD alert read.

According to the Met office, Cyclone Tauktae has gained more strength and moved North/northwestward at a speed of 18 kmph in the last 12 hours. It now lays at a distance of about 730 km south of Thatta and 800 km south-southeast of Karachi. The system is likely to move further northward and cross Indian Gujarat by May 17 night/ May 18 morning, PMD said.

Meanwhile, the Indian authorities closed ports and a main airport in the state of Gujarat on Monday as the most intense cyclone in more than two decades roared up the west coast.

Cyclone Tauktae has killed at least 12 people and left a trail of destruction as it brushed past the coastal states of Kerala, Karnataka, Goa and Maharashtra, authorities said. It was expected to make landfall in Gujarat late on Monday.

Nearly 150,000 people were moved to safety from their homes in Gujrat state. “This will be the most severe cyclone to hit Gujarat in at least 20 years. This can be compared with the 1998 cyclone that hit Kandla and inflicted heavy damage,” said state revenue secretary Pankaj Kumar. The Gujarat Maritime Board, the state’s port regulator, ordered the hoisting of signals VIII to X, indicating great danger, at ports in the state. India’s largest private port at Mundra suspended operations for the day, an official there said.