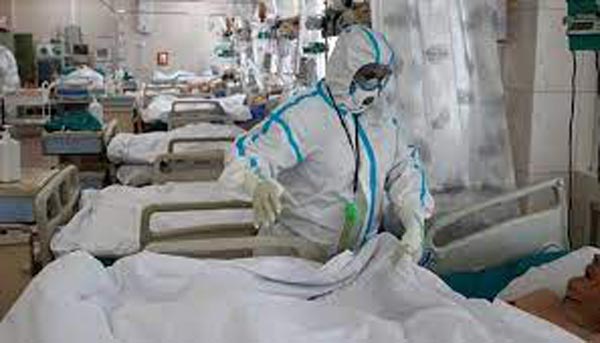 The novel coronavirus has claimed 74 more lives across Pakistan during the past 24 hours, surging the death toll to 19,617, said the National Command and Operation Centre (NCOC) on Monday.

According to the NCOC, 3,232 new Covid-19 infections were reported during the said period. It said that overall 880,362 cases of Covid-19 have been reported in the country of which 792,522 have recovered from it. The positivity ratio was recorded at 8.8o percent in the last 24 hours.

As many as 36,725 tests were conducted to diagnose the deadly virus in the past 24 hours. The total number of tests currently stands at 12,480,767. Some 4,443 patients were said to be in critical condition.

Punjab reported the most 327,362 cases followed by Sindh with 299,194 infections, Khyber Pakhtunkhwa reported 127,038 infections, while Balochistan has registered 23,866 cases since the outbreak of the pandemic in the country. The federal capital, according to NCOC, reported 79,221 cases and federally administered areas including Gilgit Baltistan (GB) and Azad Jammu and Kashmir (AJK) witnessed 5,423 and 18,258 cases respectively. Punjab reported 44 more deaths from the novel coronavirus (Covid-19) over the last 24 hours, taking the provincial tally to 9,411. According to the Primary and Secondary Healthcare Department, 1,700 fresh infections were detected during the same period, raising the number of confirmed cases to 327,362. A total of 15,543 samples were tested, out of which 1,700 were declared positive.

According to Chief Minister Murad Ali Shah, 23 more patients succumbed to the deadly virus as the toll jumped to 4,824. As many as 666 patients recovered overnight, taking the total to 276,742.

The National Command and Operation Centre (NCOC) has said that a ban on tourism across the country will continue until further notice to limit the spread of the Covid-19 outbreak. “Ban on tourism will continue till further notice. NCOC will issue necessary instructions accordingly. #StayHomeStaySafe,” the federal body overseeing the country’s response to the pandemic, said a Twitter post..