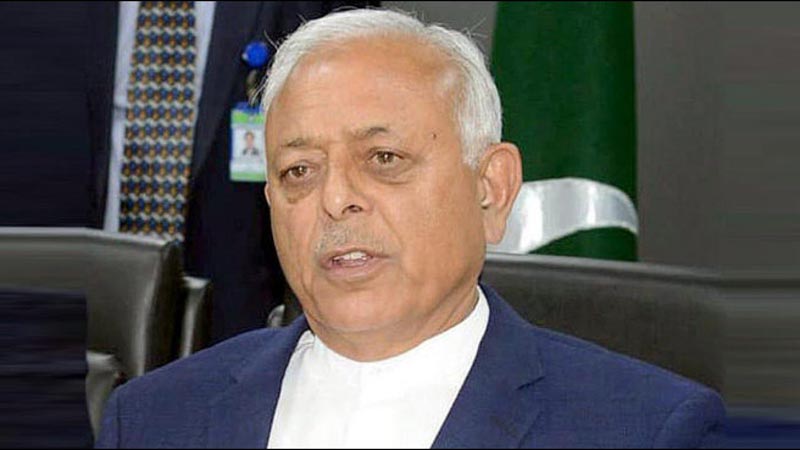 Aviation Minister Ghulam Sarwar while terming the notice taken by NAB in respect of ring road scandal a good omen said the same be got investigated from all institutions including NAB, FIA, IB and ISI.

“If any of my or my family connection is proved to the extent of even a single inch from the beginning of ring road project to the end then, I will say good bye to politics forever,” he told a press conference on Monday. Terming the inquiry report on alignment of ring road project controversial, he said report does not bear the signature of two members. “I have no link with any housing society or changing the alignment of the project. I welcome NAB investigations. If a single inch land is proved in the ring road project, then I will quit politics. My name was mentioned at some one’s behest. I will file defamation suit against those who have mentioned my name and leveled allegations against me,” he asserted.

He went on to say the past governments could take no decision on ring road project. “It was Prime Minister (PM) Imran Khan vision that ring road be constructed. Ring road could not be built for lack of interest. The sitting government has placed focus on ring road project because all traffic coming from Lahore passes through Faizabad. The formation of new housing societies on motorway will enhance traffic rush thereon,” he said. “I have done politics considering it worshipping, he said adding if any one proves corruption against me then I will quit the politics. I will file defamation suit against those involved in my character assassination,” he added.

He held that ring road alignment was made scandal and it was tried to attribute it to him. “I challenge that they should tell that what was that scandal due to which my ministry was changed. They should ascertain scandal and then bring it to fore. If someone had any scandal in respect of me then he should have told about it two and a half year earlier. Why they kept mum over it for so longer period,” he added.

He underlined that he and his family had nothing to do with any housing society. “We are respectable people and we know how to respect others and how to be respected, he remarked. I will send notice at every cost and the accuser will render account that what he was yesterday and what he is today. He will have to give account of it,” he said.

He underscored that no political party has any concern with ring road project. “Had there been any scandal I would have been sent to home. If any single inch land owned by me is proved in ring road project from beginning to the end then I will quit the politics, he announced. But I will not spare anyone who has used inappropriate language against me. Bring documentary proof in the court. I too appear therein,” he added.