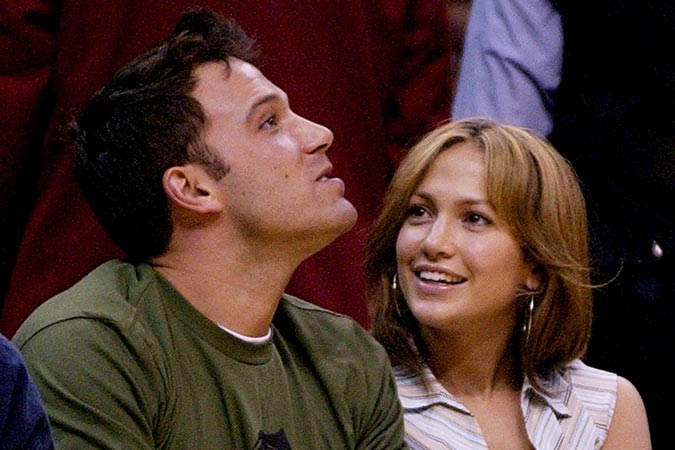 Well, someone’s got someone feeling nostalgic. On Thursday, Jennifer Lopez posted on her Instagram page a video montage promoting her 2002 album ‘This Is Me Then,’ which featured songs were inspired by her relationship with Ben Affleck, her ex-fiancé with whom she recently reunited after ending her engagement with Alex Rodriguez.

JLo’s post included clips of just herself from the music video “Jenny from the Block,” which stars the actor.

“All of my albums are very special to me, but This Is Me Then is my favourite album I’ve ever done…so far!” J.Lo wrote in her post. “I know a lot of you have heard me say that before, so in honour of my #JLovers helping it re-enter the album charts AGAIN after 19 years here is a lil #TBT #ThisIsMeThen.”

Jennifer, 51, and Ben, 48, dated between 2002 and January 2004, when they ended their engagement. In the liner notes to her album This Is Me… Then, J.Lo wrote a dedication to the actor: “You are my life … my sole inspiration for every lyric, every emotion, every bit of feeling on this record.” One track is even titled “Dear Ben.”

In late April, Ben was spotted at Jennifer’s home in Los Angeles, sparking romance rumours. This past weekend, the speculation was further fuelled when the two were photographed driving together in Montana, where they vacationed together for about a week, according to a source close to J.Lo.

“They have been in touch here and there throughout the years,” the source told E! News on Sunday, May 9. “Ben reached out to her to see how she was doing and they had dinner together a few times within this last month. It’s natural between them and the chemistry is unreal. They picked up where they last left off and are enjoying each other’s company right now.”